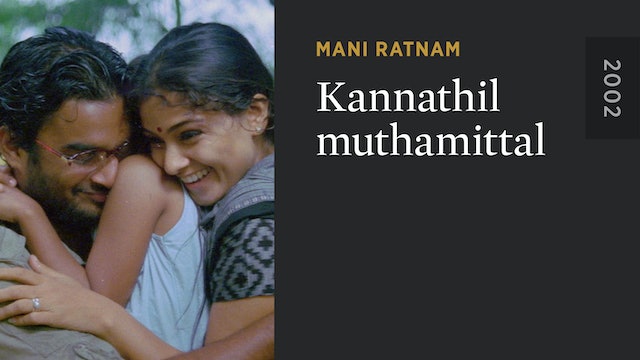 Director Mani Ratnam confronts the devastating effects of war through the richly emotional story of one child’s journey of self-discovery. When she learns on her ninth birthday that she is adopted, Amudha (P. S. Keerthana), a young girl being raised by Indian parents, requests to meet her biological mother, a Sri Lankan Tamil woman. So begins Amudha’s sojourn to the country of her birth, where she reconnects with her roots and witnesses the harsh realities of the Sri Lankan Civil War.