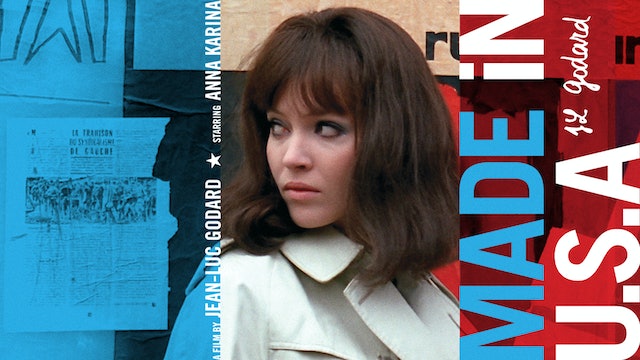 With its giddily complex noir plot and color-drenched widescreen images, MADE IN U.S.A was a final burst of exuberance from Jean-Luc Godard’s early sixties barrage of delirious movie-movies. Yet this chaotic crime thriller and acidly funny critique of consumerism—starring Anna Karina as the most brightly dressed private investigator in film history, searching for a former lover who might have been assassinated—also points toward the more political cinema that would come to define Godard. Featuring characters with names such as Richard Nixon, Robert McNamara, David Goodis, and Doris Mizoguchi, and appearances by a slapstick Jean-Pierre Léaud and a sweetly singing Marianne Faithfull, this piece of pop art is like a Looney Tunes rendition of THE BIG SLEEP gone New Wave. 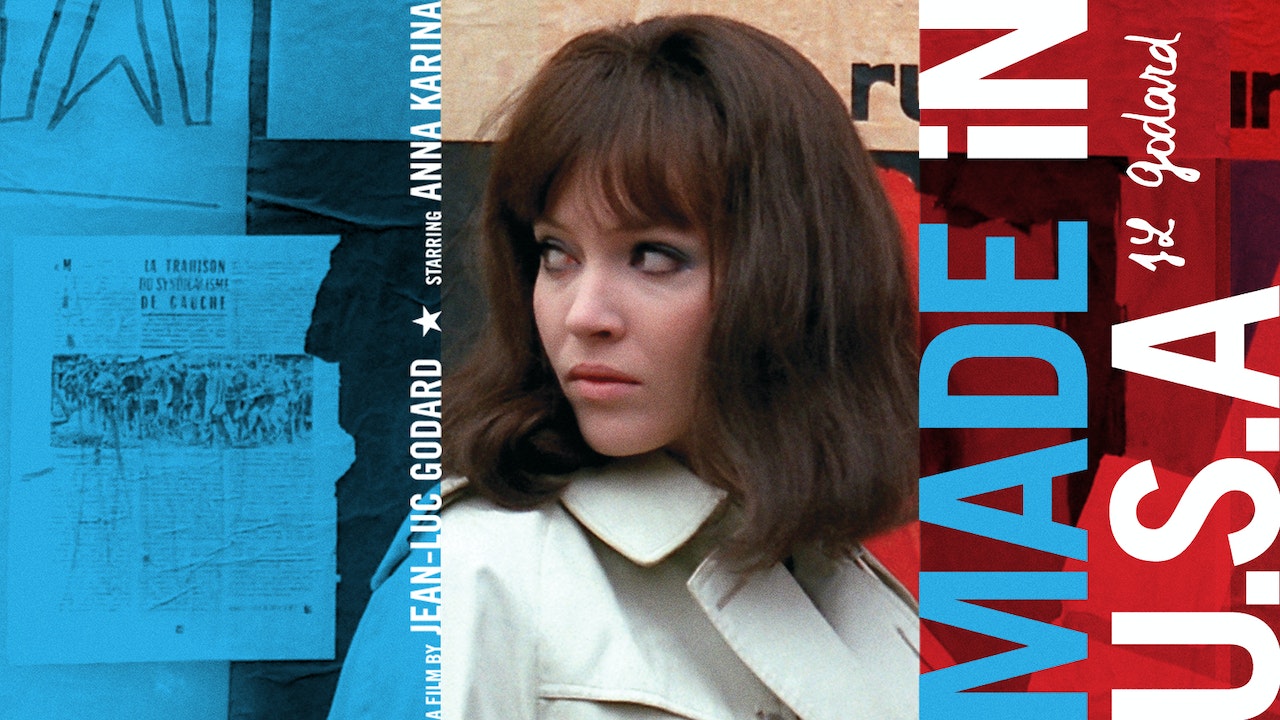