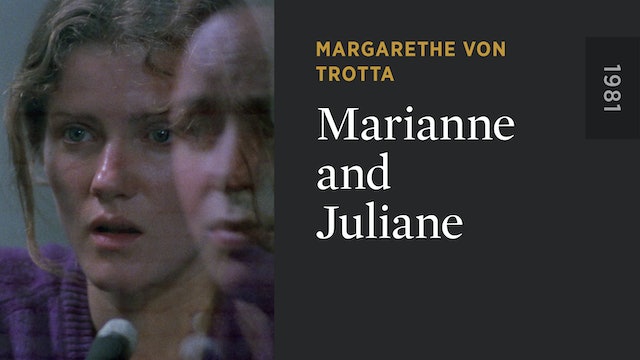 Based on the true story of the Enslein sisters, this searing drama is arguably the purest expression of Margarethe Von Trotta’s combination of the personal and the political. Juliane (Jutta Lampe) is a feminist journalist, arguing for abortion rights; Marianne (Barbara Sukowa) is a terrorist revolutionary in a Baader-Meinhof-like militant group. As Marianne’s political activism begins to take a personal toll, Juliane finds herself torn between her politics and her need to protect her sister and her family. But when Marianne is imprisoned, Juliane is forced to confront the realities of the harsh power of the state. Von Trotta’s first collaboration with her muse Barbara Sukowa won the Golden Lion at the 1981 Venice Film Festival—the first time a woman filmmaker received the top prize—and was selected by Ingmar Bergman as one of his favorite films of all time. 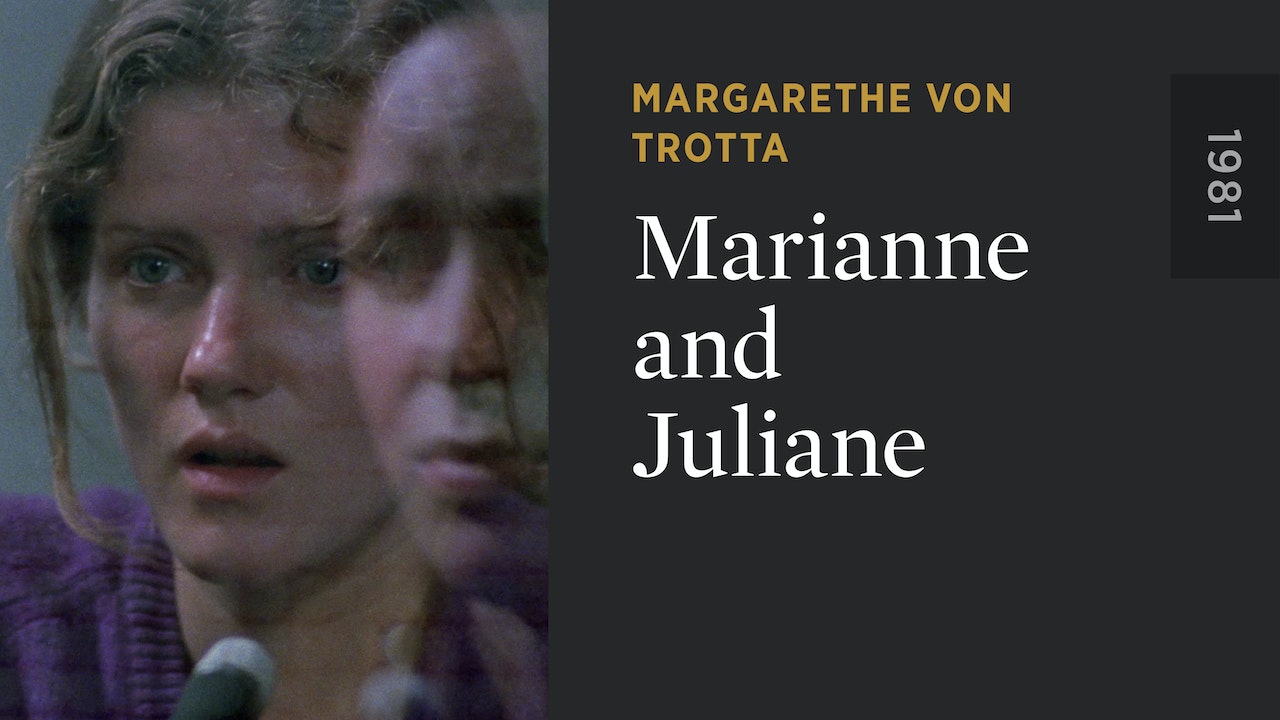