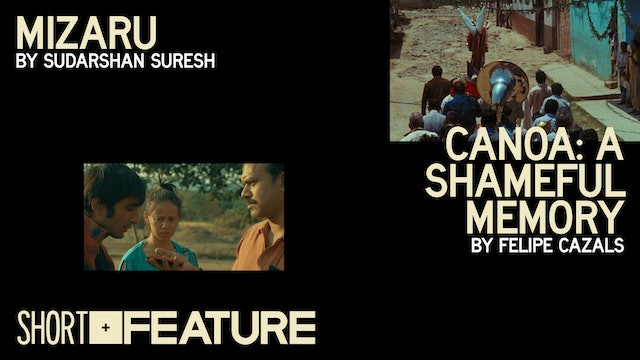 Vigilantes take it upon themselves to uphold public morality with devastating consequences in an unsettling one-take short and one of Mexico’s most important works of political cinema. Employing a single, unbroken shot in order to build almost unbearable tension, Sudarshan Suresh’s MIZARU unfolds in a public park where a couple’s Valentine’s Day tryst takes a dark turn when a group of self-proclaimed “moral police” step in. Then, director Felipe Cazals adopts a gritty documentary style to reimagine a shocking real-life incident of mob violence in CANOA: A SHAMEFUL MEMORY, a daring and disturbing commentary on ideological manipulation, religious fanaticism, and mass hysteria.