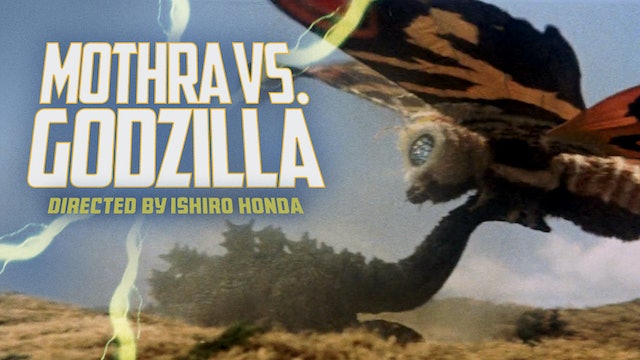 Construction on a new housing development disturbs Godzilla faces off against the benevolent insect monster-god Mothra in this clash of the titans, a crossover battle between two of Toho Studios’ most popular monsters—the last in which Godzilla would figure as a malevolent villain rather than a fearsome hero. Mothra vs. Godzilla marks a creative high point in the Godzilla series, with pointed social commentary from director Ishiro Honda, a masterful score by Akira Ifukube, and astonishing special-effects work by Eiji Tsuburaya.