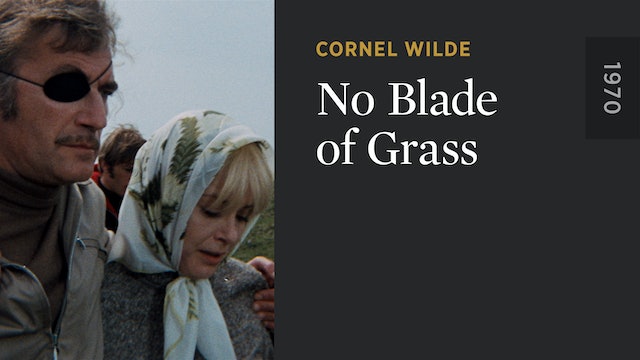 No Blade of Grass

No room to run! No place to hide! Maddened by fear, they turn against each other! An environmental catastrophe destroys civilization. Thousands are starving. Millions are dead. Resources are used up, poisoned, and polluted. Found among the survivors are the Custance clan. Led by father John (Nigel Davenport) and mother Ann (director Cornel Wilde’s spouse and frequent collaborator Jean Wallace), the Custance clan sets out on a quest for safety in a savage world that may just end up turning them into the very thing they are fleeing. Actor turned independent filmmaker Cornel Wilde directed eight unique films over the span of two decades, but nothing prepared the audiences of 1970 for the sights that awaited them in NO BLADE OF GRASS. Raw, uncompromising, and violent, the film went largely unseen, but can now at last be appreciated in all its grim, daring, gory glory. 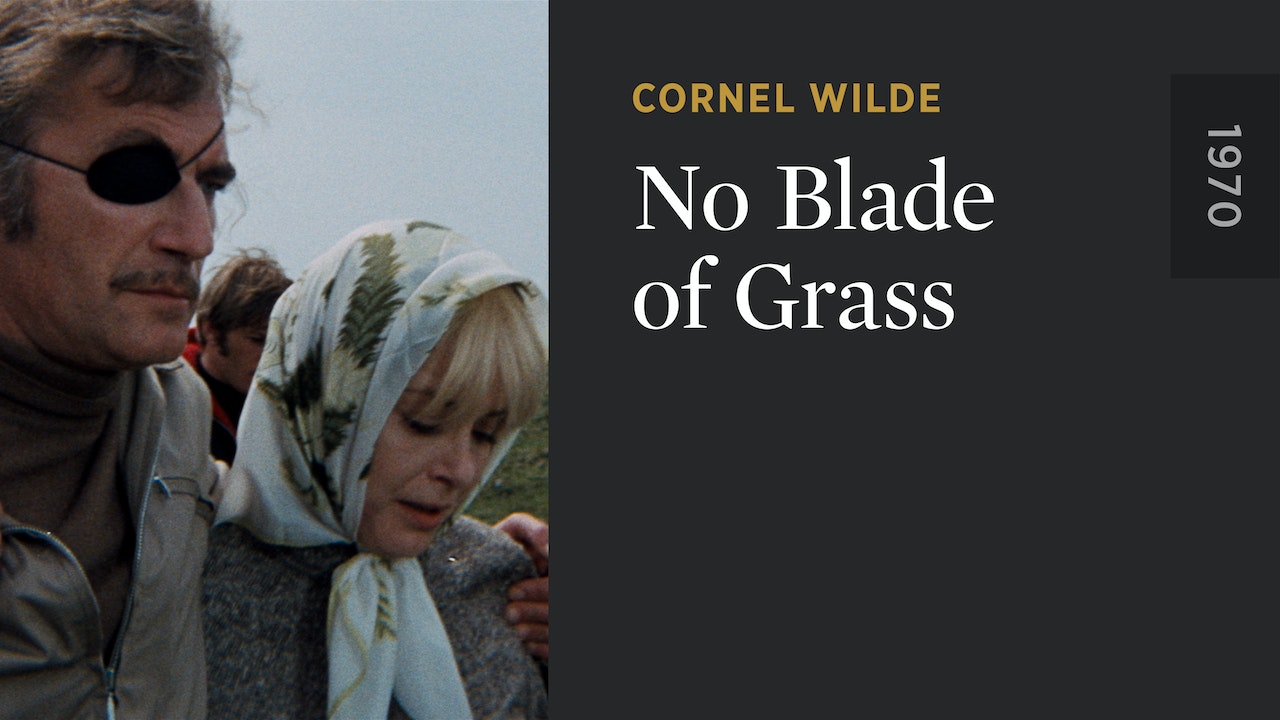