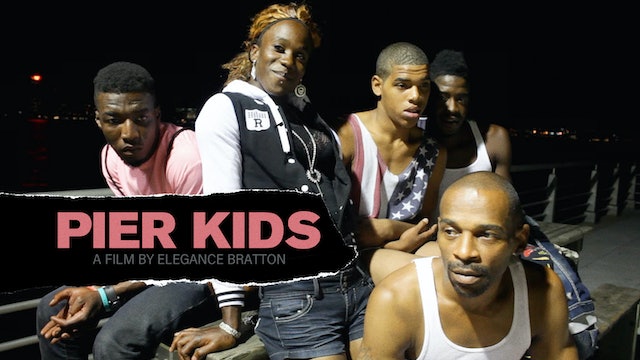 Elegance Bratton’s powerfully empathetic documentary is an immersion into the lives of the homeless queer and transgender youth who have forged a community of their own on downtown Manhattan’s Christopher Street Pier. Under relentless attack from police, prejudice, and the forces of gentrification, these resilient young people rely on one another in order to survive—but their everyday existence remains fraught with precarity. Following several years in the lives of its characters, PIER KIDS captures moments of intimacy, danger, joy, struggle, and solidarity among those who have been left behind in the fight for LGBTQ equality.