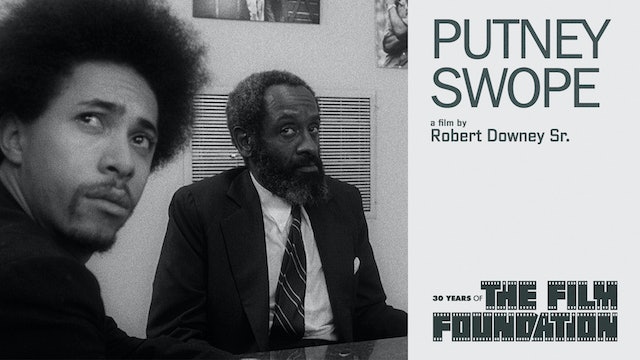 The most popular film by Robert Downey Sr. is this offbeat classic about the antics that ensue after Putney Swope (Arnold Johnson, his voice dubbed by a gravelly Downey), the token black man on the board of a Madison Avenue advertising agency, is inadvertently elected chairman. Putney summarily fires the whiteys, replaces them with Black Power apostles, renames the company Truth and Soul, Inc., and proceeds to wreak politically incorrect havoc. 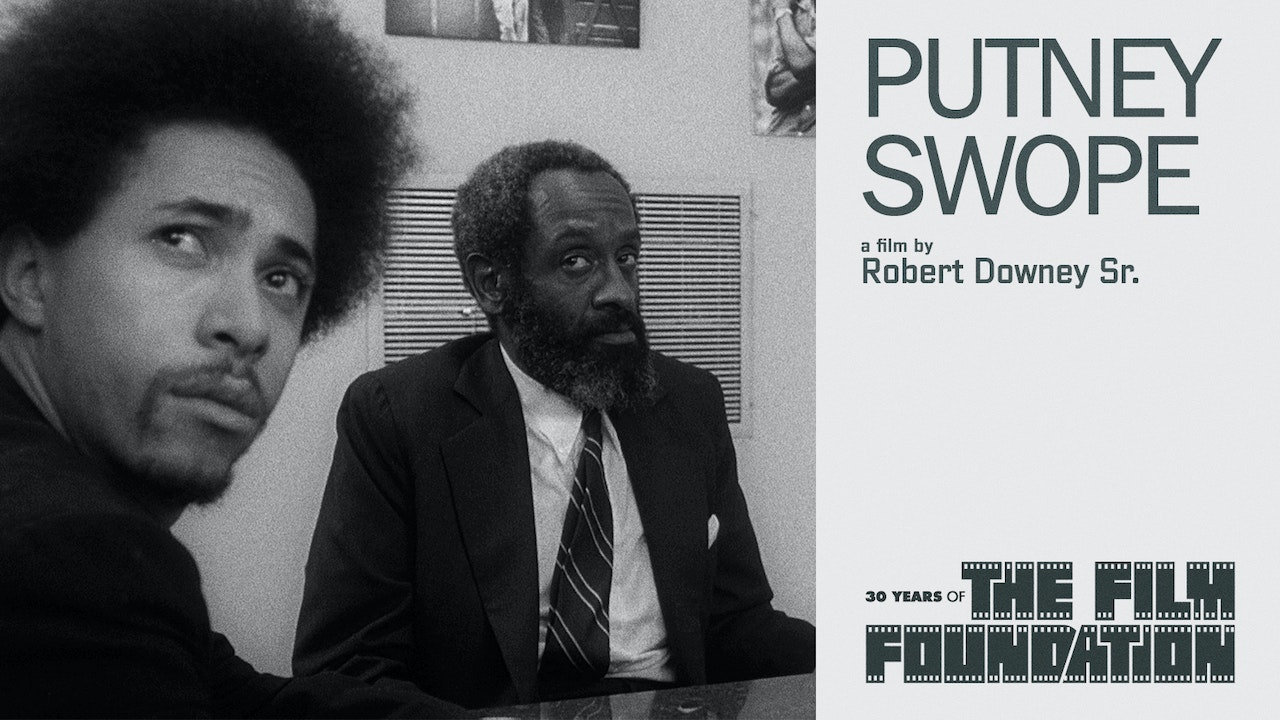