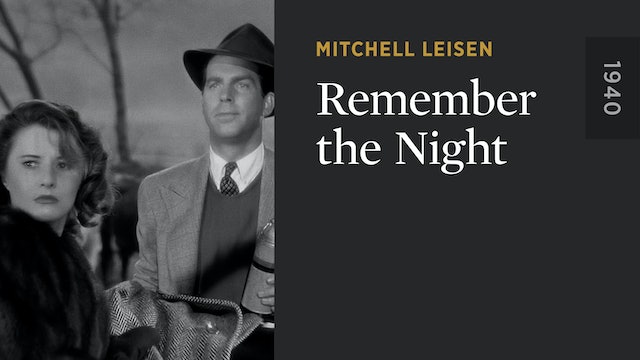 Mitchell Leisen brings a poignant human tenderness to this pitch-perfect blend of comedy, romance, and holiday spirit. On trial for pilfering a bracelet from a New York jewelry store, compulsive shoplifter Lee Leander (Barbara Stanwyck) finds herself unexpectedly released on bail—and into the custody of prosecuting attorney John Sargent (Fred MacMurray), who winds up whisking her away to his boyhood home in Indiana for the holidays as love unexpectedly blooms between lawyer and thief. The combination of Stanwyck’s radiant performance, Preston Sturges’s zingy script (the last he wrote before embarking on his own career as a director), and Leisen’s polished sophistication yields one of the most intoxicating romances of the 1940s. 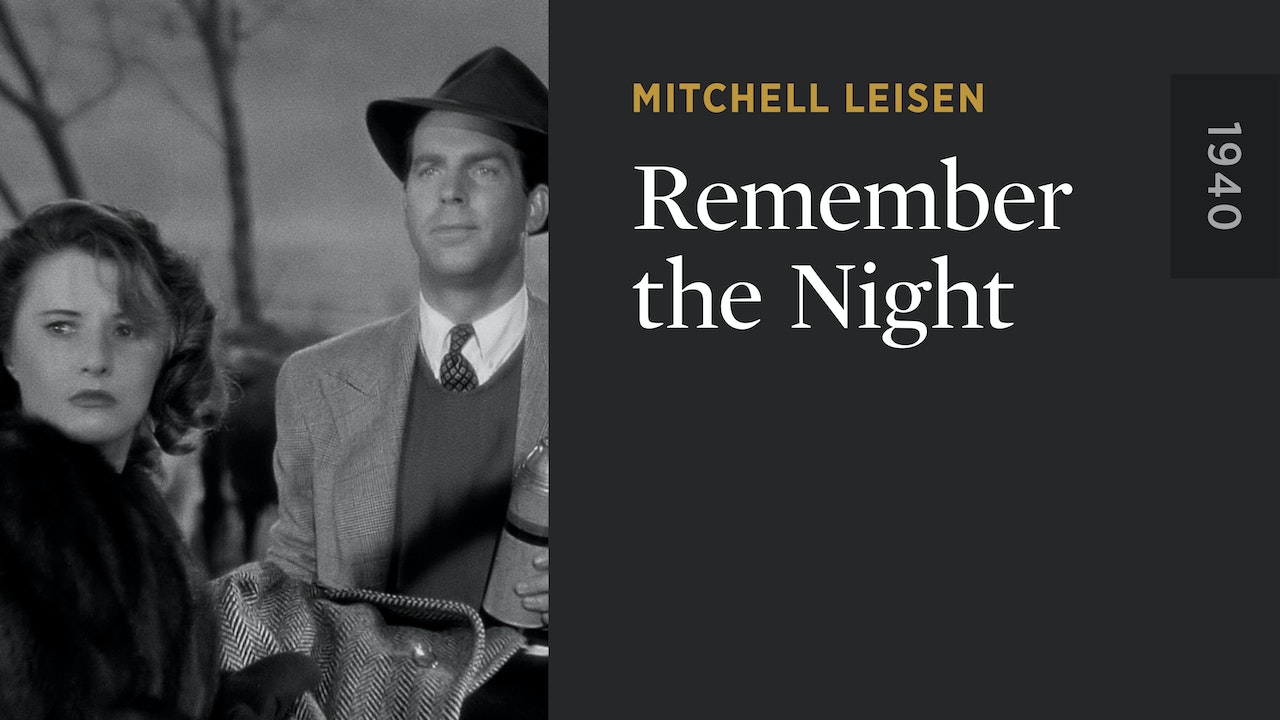