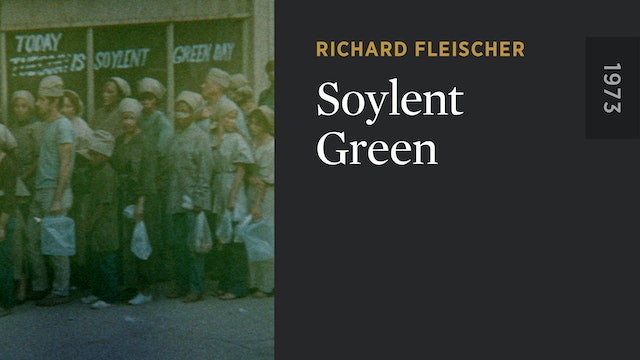 SOYLENT GREEN is a landmark in science fiction, a riveting entertainment, and a cautionary tale of looming ecological disaster. Action titan Charlton Heston plays Thorn, a detective prowling the dank streets of a polluted, overpopulated Big Apple gone rotten in 2022. He’s trailing a murderer—and the trail leads to a stunning discovery. Vividly realized, SOYLENT GREEN gains its power not just from its special effects but from its heart—a human dimension magnified by the performance of legendary Edward G. Robinson, in his moving screen farewell. 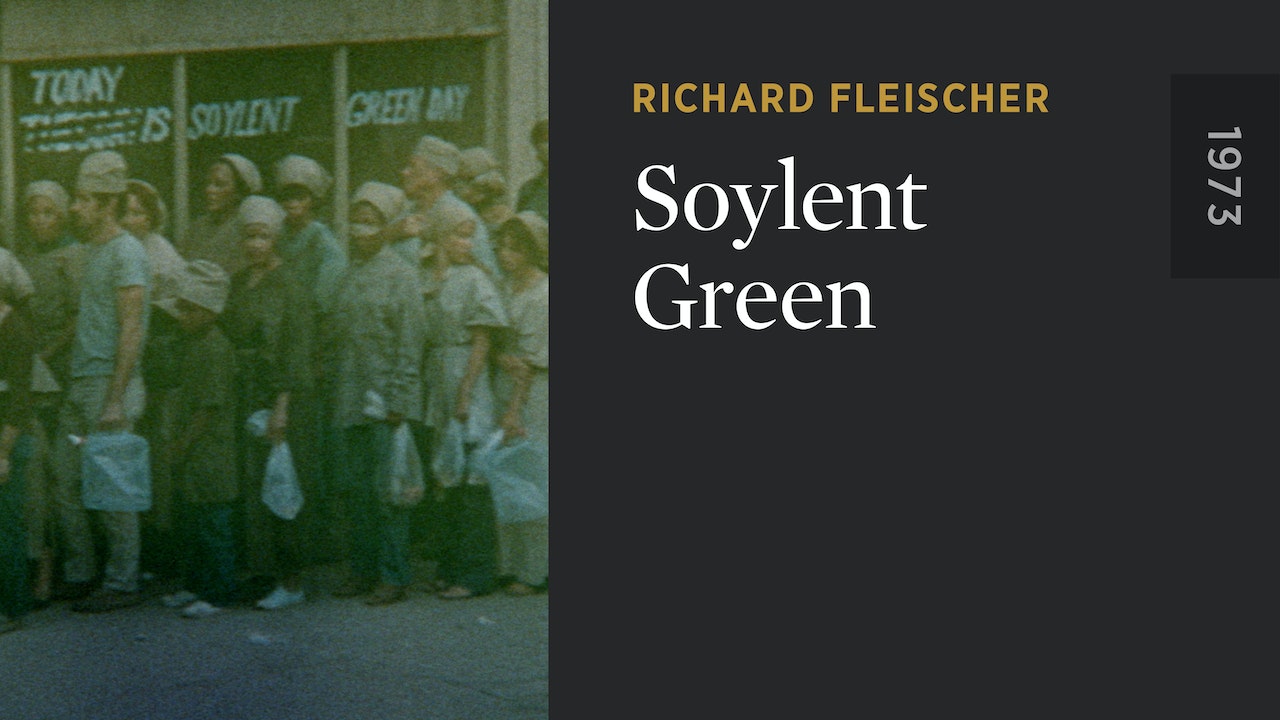