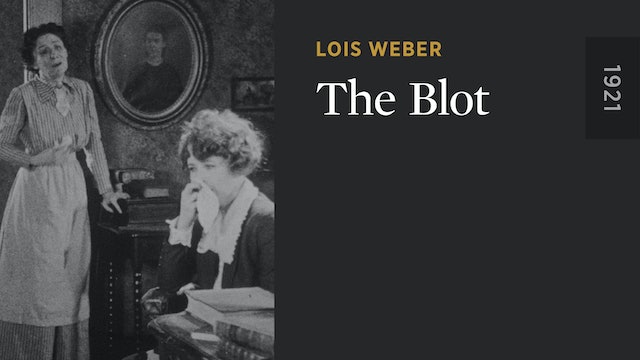 The last film made under the banner of Lois Weber Productions, this moral drama, also written by Weber, is a biting commentary on economic inequality. Through her portrait of the Griggs family—an underpaid college professor, his long-suffering wife, and their daughter Amelia, a young librarian—Weber reveals a society where “keeping up with the Joneses” is an issue of basic nutrition rather than material possession. Examining issues of class through the varied stations of the three men vying for Amelia’s heart—an affluent college student, a middle-class “boy next door,” and an impoverished minister—THE BLOT reveals both Weber’s trenchant social insight and her powerful command of visual language. 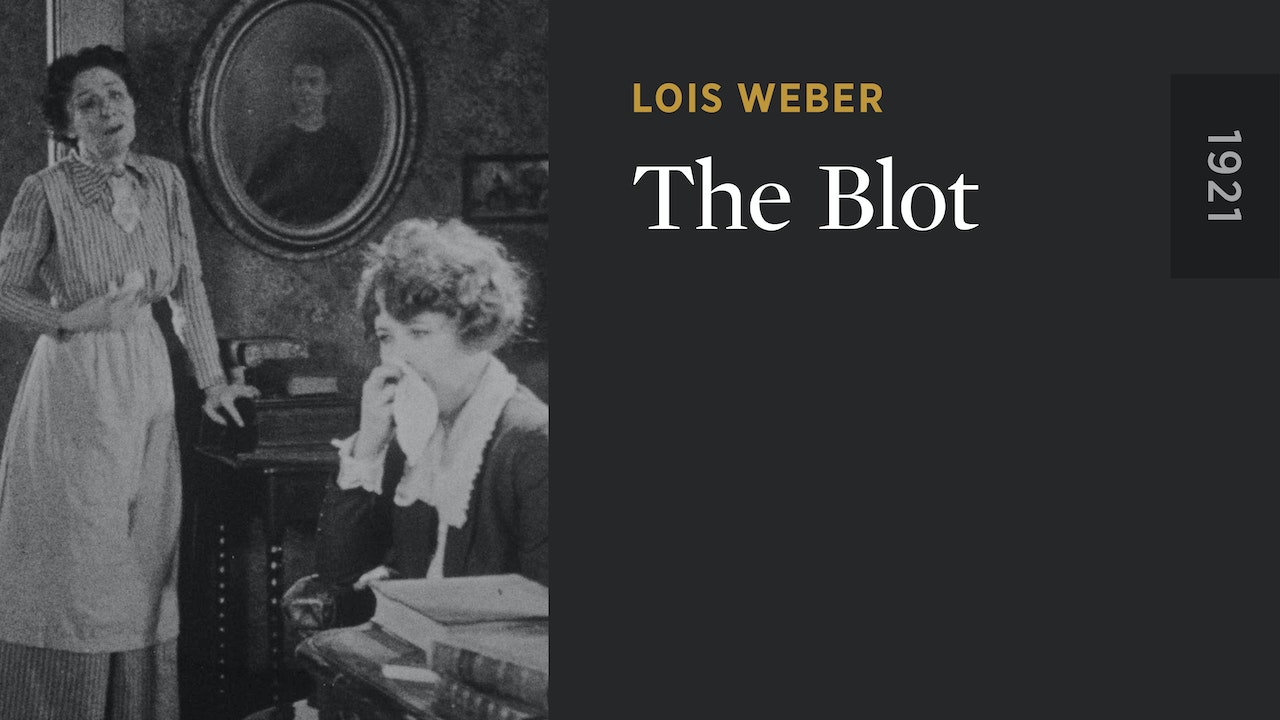