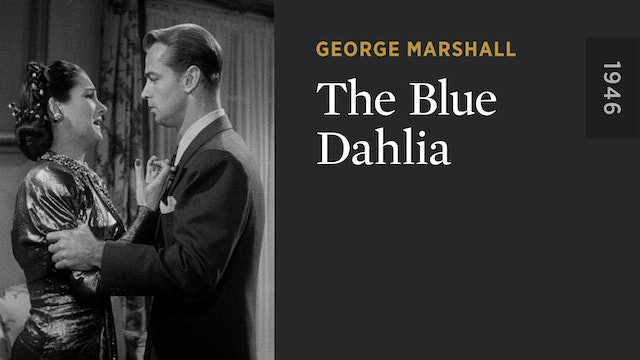 This fast-paced and perfectly cast film noir reflects the grim wit of its Academy Award–nominated screenplay’s author, Raymond Chandler. Johnny Morrison (Alan Ladd) returns from World War II to find his wife, Helen (Doris Dowling), in the arms of another man. Johnny and Helen have a terrible fight, and later Helen is found dead. Pursued by the cops, Johnny enlists the aid of Joyce Harwood (Veronica Lake), the ex-wife of Helen’s lover, to prove his innocence. Ladd is at his hard-boiled, no-nonsense best as Johnny, and Veronica Lake is, as always, the consummate femme fatale, mysterious and alluring.