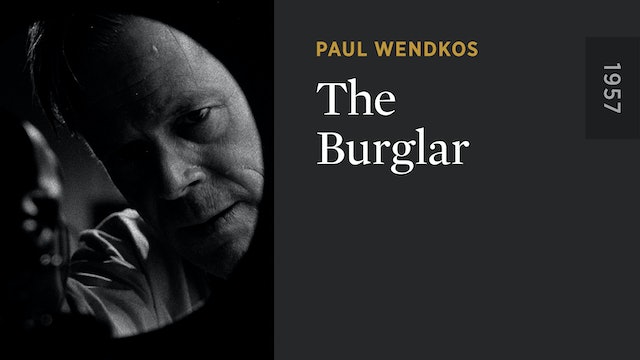 Based on the pulp-fiction novel by David Goodis, who also penned the screenplay, this little-known crime thriller stars noir mainstay Dan Duryea as a jewel thief who targets the mansion of a wealthy evangelist for his final heist—only to see his plan upended when his half sister (Jayne Mansfield) is kidnapped by a crooked cop. Directed by Paul Wendkos, THE BURGLAR has more twists and hairpin turns than a winding mountain road.