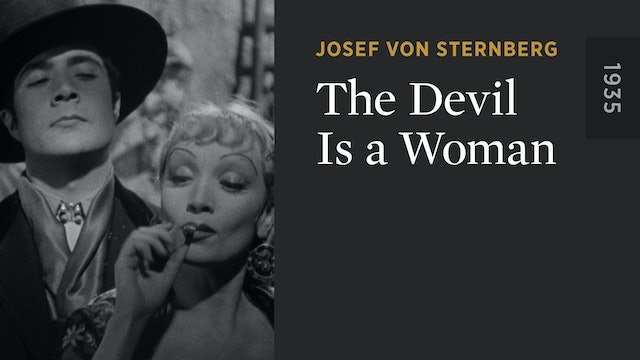 The Devil Is a Woman

Josef von Sternberg and Marlene Dietrich went out with a bang in their final film together, THE DEVIL IS A WOMAN, a surreal tale of erotic passion and danger set amid the tumult of carnival in turn-of-the-twentieth-century Spain. Through a series of flashbacks, Captain Costelar (Lionel Atwill) recounts to the young Antonio Galvan (Cesar Romero) the story of his harrowing affair with the notorious seductress Concha Perez (Dietrich), warning his listener to gird himself against her charms. Despite his counsel, Galvan falls under Concha’s spell, leading to a violent denouement. Ever the ornate visual stylist, von Sternberg evokes Spanish culture with a touch of the luridly fantastic, further elevated by Travis Banton’s opulent costume design and award-winning cinematography by von Sternberg himself. 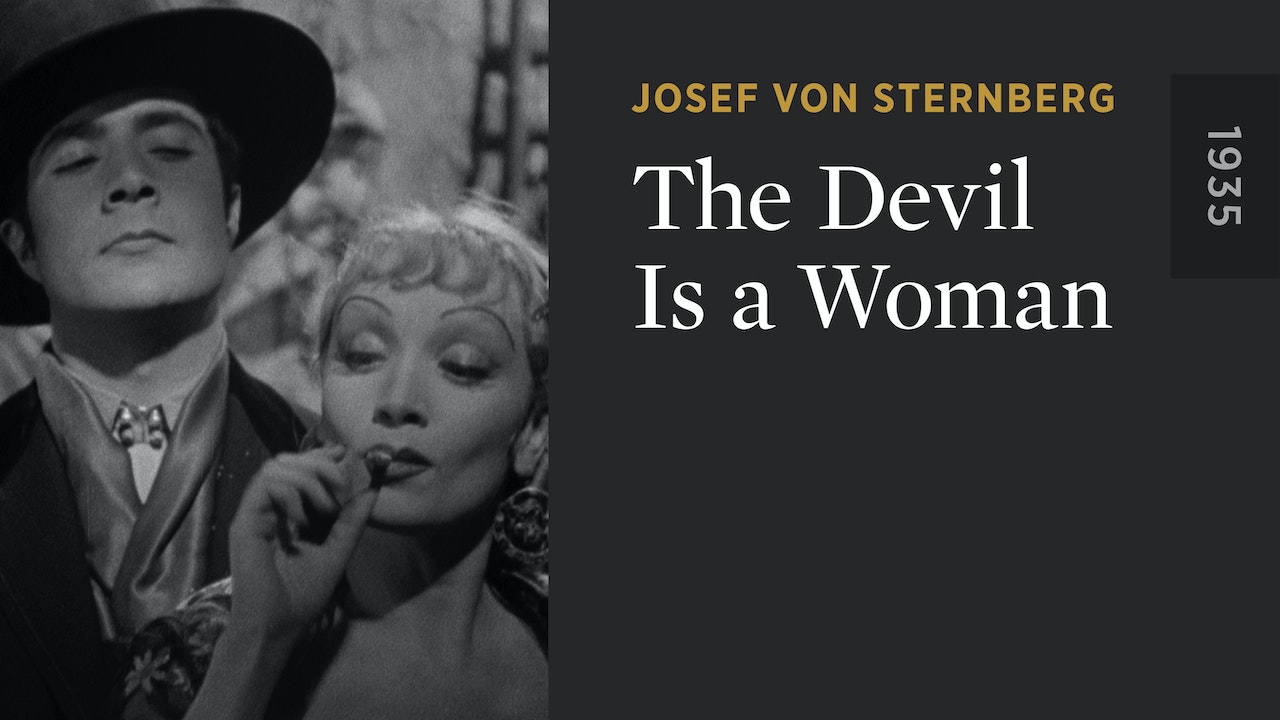