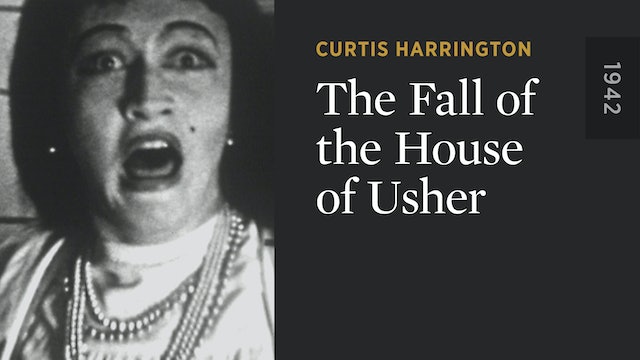 The Fall of the House of Usher

Made while he was still in high school, Curtis Harrington’s first film—in which he also stars in a gender-bending double role—is his personal take on the Edgar Allan Poe story, which he would revisit nearly six decades later in his final work, USHER.