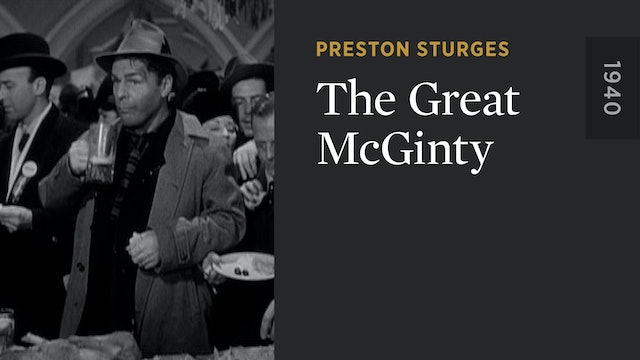 Preston Sturges famously sold the story for this barbed political satire to Paramount for just $10 in exchange for the chance to direct. Brian Donlevy stars as Dan McGinty, a Depression-era hobo who becomes a “professional voter” for a crooked Chicago political boss, casting ballots under a variety of assumed names. McGinty’s facility for vice allows him to rise easily through the ranks of the city’s corrupt political machine—but will a rare act of honesty be his undoing? Winner of the Academy Award for best original screenplay, THE GREAT MCGINTY is quintessential Sturges in its topsy-turvy take on American morals.