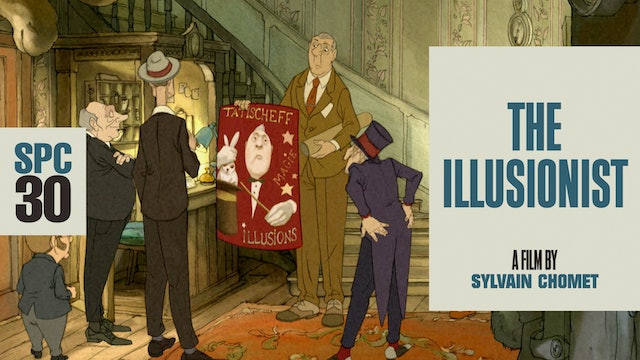 From Sylvain Chomet, the director of the acclaimed THE TRIPLETS OF BELLEVILLE, comes this charming animated flight of fancy based on an unproduced script written by Jacques Tati in 1956. The film—set in Scotland, rather than Czechoslovakia as Tati originally envisioned—follows a struggling illusionist, one of the last of a dying breed of stage entertainers whose thunder has been stolen by up-and-coming rock stars. Forced to accept increasingly obscure assignments in fringe theaters, garden parties, and bars, he meets a young fan whose belief in his art changes his life forever. Tipping its hat to Tati’s elegantly whimsical, bittersweet style, THE ILLUSIONIST serves as a gently affecting meeting point between two generations of French cinematic magic-makers. 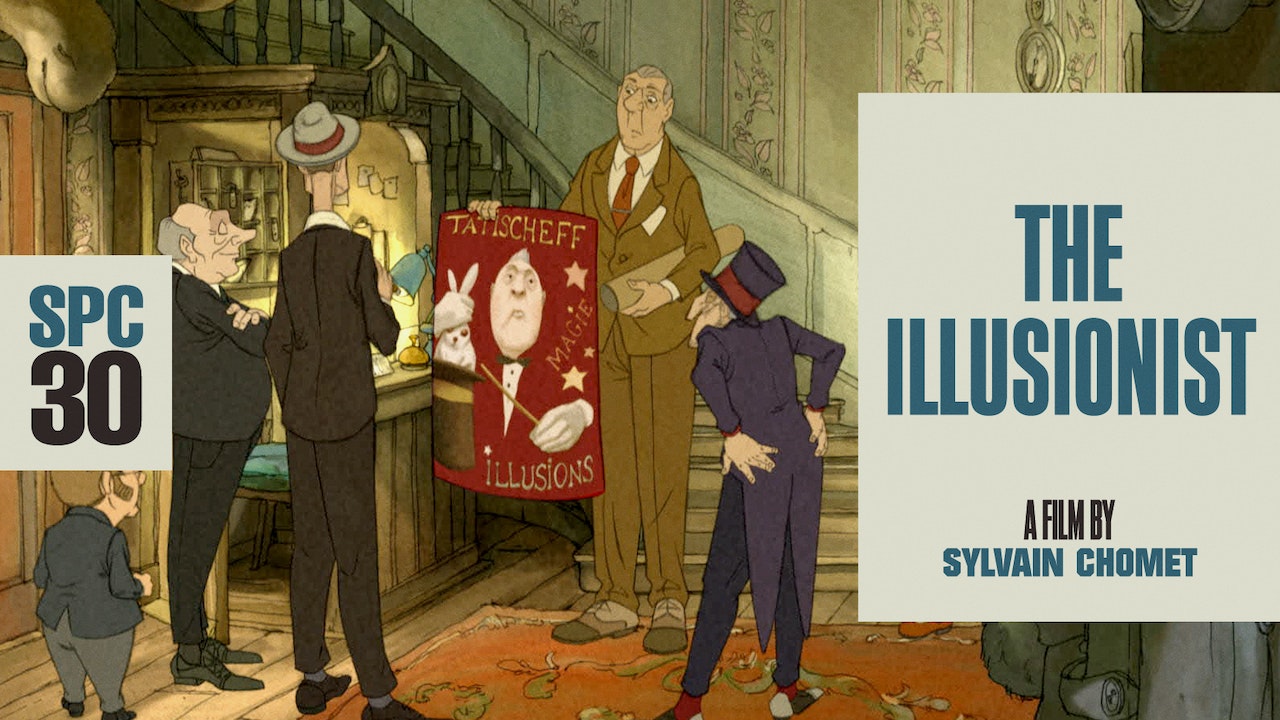