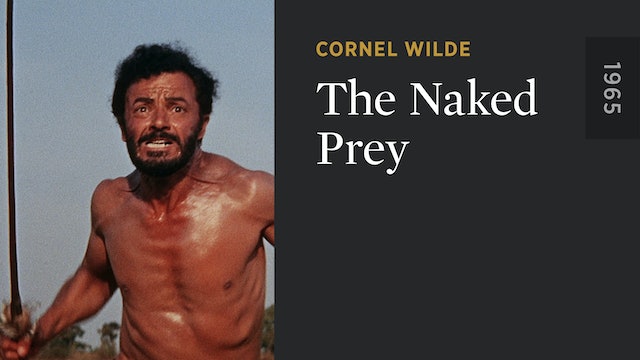 Glamorous leading man turned idiosyncratic auteur Cornel Wilde created in the 1960s and ’70s a handful of gritty, violent explorations of the nature of man, none more memorable than THE NAKED PREY. In the early nineteenth century, after an ivory-hunting safari offends a group of South African hunters, the colonialists are captured and hideously tortured. A lone marksman (Wilde) is released, without clothes or weapons, to be hunted for sport, and he begins a harrowing journey through savanna and jungle back to a primitive state. Distinguished by vivid widescreen camera work and unflinchingly ferocious action sequences, THE NAKED PREY is both a propulsive, stripped-to-the-bone narrative and a meditation on the concept of civilization.