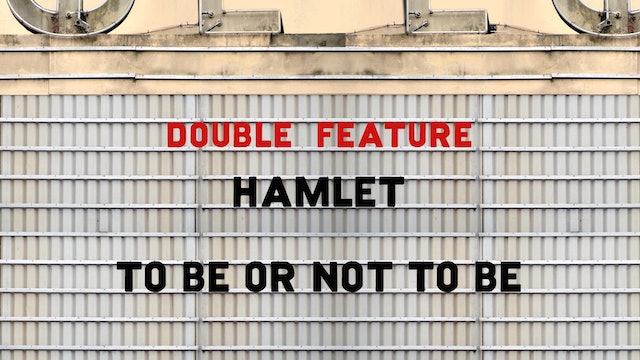 The Play’s the Thing

With his 1948 HAMLET, director-star Laurence Olivier created what remains the definitive screen version of the Bard’s venerable drama, a vividly cinematic, psychologically charged interpretation that garnered Oscars for both best picture and best actor. Less likely to win any awards is the hilariously hammy Hamlet played by Jack Benny in Ernst Lubitsch’s sparklingly funny, politically daring 1942 satire TO BE OR NOT TO BE, in which the scenery-chewing thespian and his actress wife (screwball great Carole Lombard in her final role) must give the performances of their lives in order to foil the Nazis occupiers in wartime Poland.