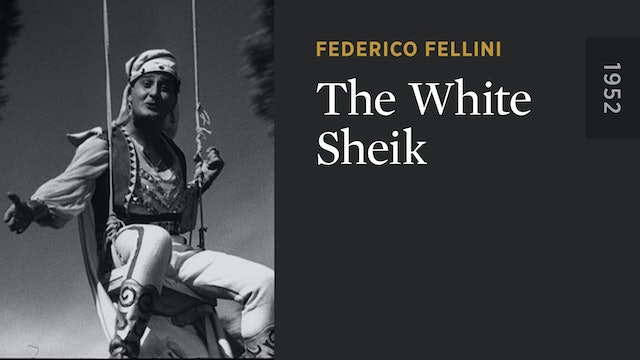 Federico Fellini drew upon his background as a cartoonist for his first solo feature, a charming comic fable about the lure of fantasy and the pitfalls of temptation. In Rome for her honeymoon, a wide-eyed newlywed (Brunella Bovo) sneaks away from her straitlaced groom (Leopoldo Trieste) and goes in search of the White Sheik (Alberto Sordi), the dashing hero of a photographed comic strip of which she is enamored—but soon discovers that her romantic ideal may be only an illusion. Featuring a memorable appearance by Giulietta Masina (playing the character she would reprise in NIGHTS OF CABIRIA) and Fellini’s first collaboration with composer Nino Rota, THE WHITE SHEIK finds the director already taking up one of his favorite themes: the alchemical interplay between life and art, imagination and reality. 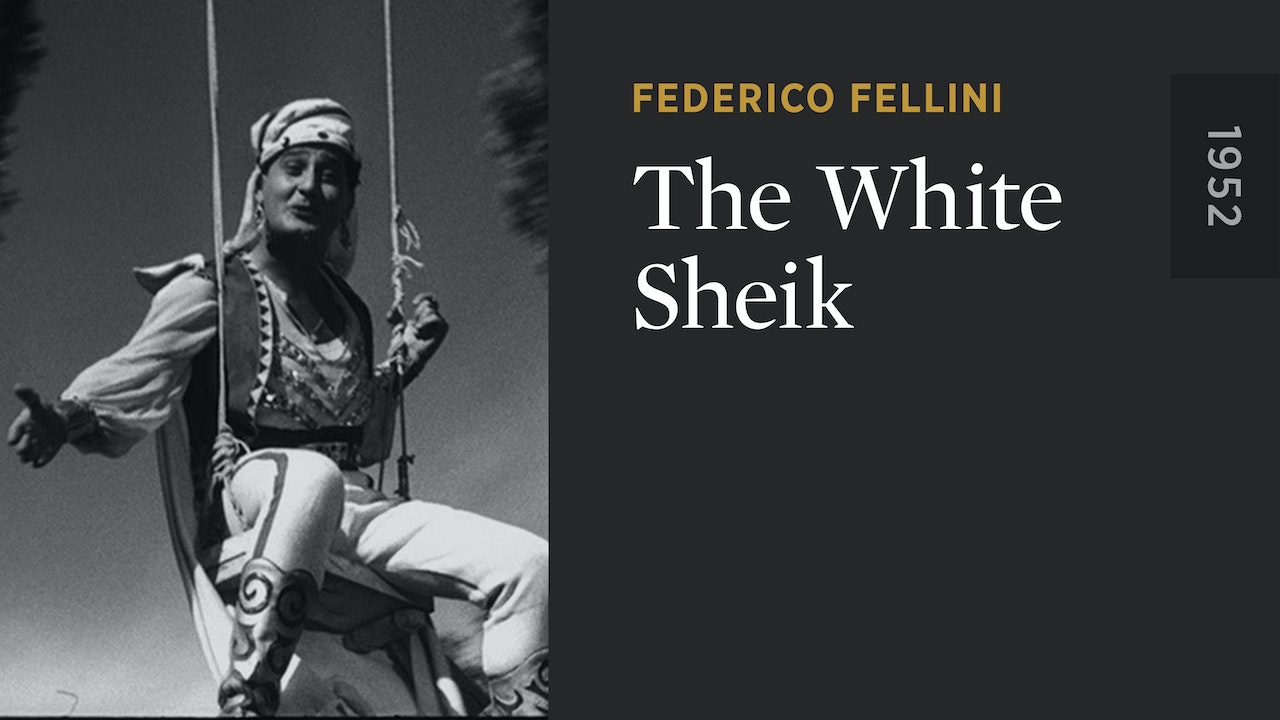