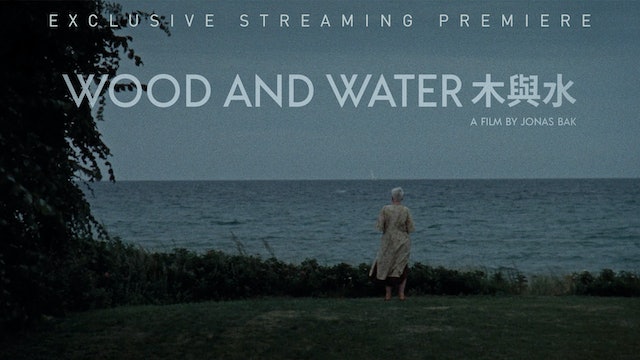 In one of the most arresting feature debuts of recent memory, director Jonas Bak journeys halfway across the world to spin a delicate, quietly revelatory meditation on time and distance, alienation and connection. Facing the void of retirement after leaving her job at a church in Germany’s Black Forest, Anke (played by the director’s real-life mother, Anke Bak) looks forward to reconnecting with her adult children. When her estranged son, who has been living in Hong Kong, announces that he is unable to visit because of the ongoing prodemocracy protests, Anke makes the decision to go and see him herself. Adrift in an unfamiliar city rocked by social unrest, Anke moves through a series of experiences and encounters that begin to point the way toward a new chapter in her life. Sublimely shot on 16 mm, WOOD AND WATER astutely subverts travelogue clichés to evoke a woman’s interior journey.