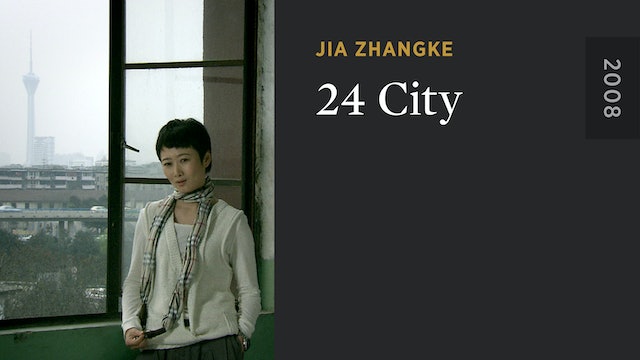 Founded in 1958 to produce aviation engines, the once prosperous, now abandoned Chengdu Engine Group, known as Factory 420, awaits its destiny. Sold for millions to real estate developers, it will be transformed into an emblem of China’s new market economy: a complex of luxury apartment blocks called 24 City. Constructed around eight dramatic interviews, punctuated by snippets of pop songs and poetry, along with beautifully shot footage of the demolition, 24 CITY attempts to understand the complexity of the social changes sweeping across China by exploring both the factory’s physical destruction and its powerful symbolic echo of a half century of Communist rule.