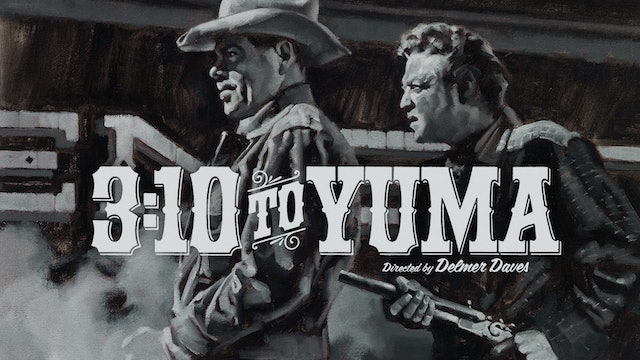 In this beautifully shot, psychologically complex western, Van Heflin is a mild-mannered cattle rancher who takes on the task of shepherding a captured outlaw (played with cucumber-cool charisma by Glenn Ford) to the train that will deliver him to prison. This apparently simple mission turns into a nerve-racking cat-and-mouse game that tests each man’s particular brand of honor. Based on a story by Elmore Leonard, 3:10 TO YUMA is a thrilling, humane action movie, directed by the supremely talented studio filmmaker Delmer Daves with intense feeling and precision.