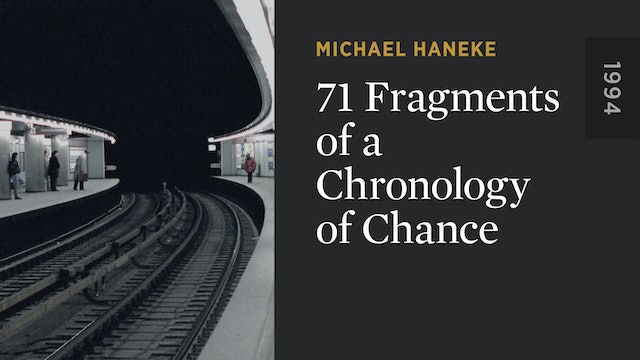 71 Fragments of a Chronology of Chance

The simultaneously random and interconnected nature of modern existence comes into harrowing focus in the despairing final installment of Michael Haneke’s trilogy. Seventy-one intricate, puzzlelike scenes survey the routines of a handful of seemingly unrelated people—including an undocumented Romanian boy living on the streets of Vienna, a couple who are desperate to adopt a child, and a college student on the edge—whose stories collide in a devastating encounter at a bank. The omnipresent drone of television news broadcasts in 71 FRAGMENTS OF A CHRONOLOGY OF CHANCE underscores Haneke’s vision of a numb, dehumanizing world in which emotional estrangement can be punctured only by the shock of sudden violence. 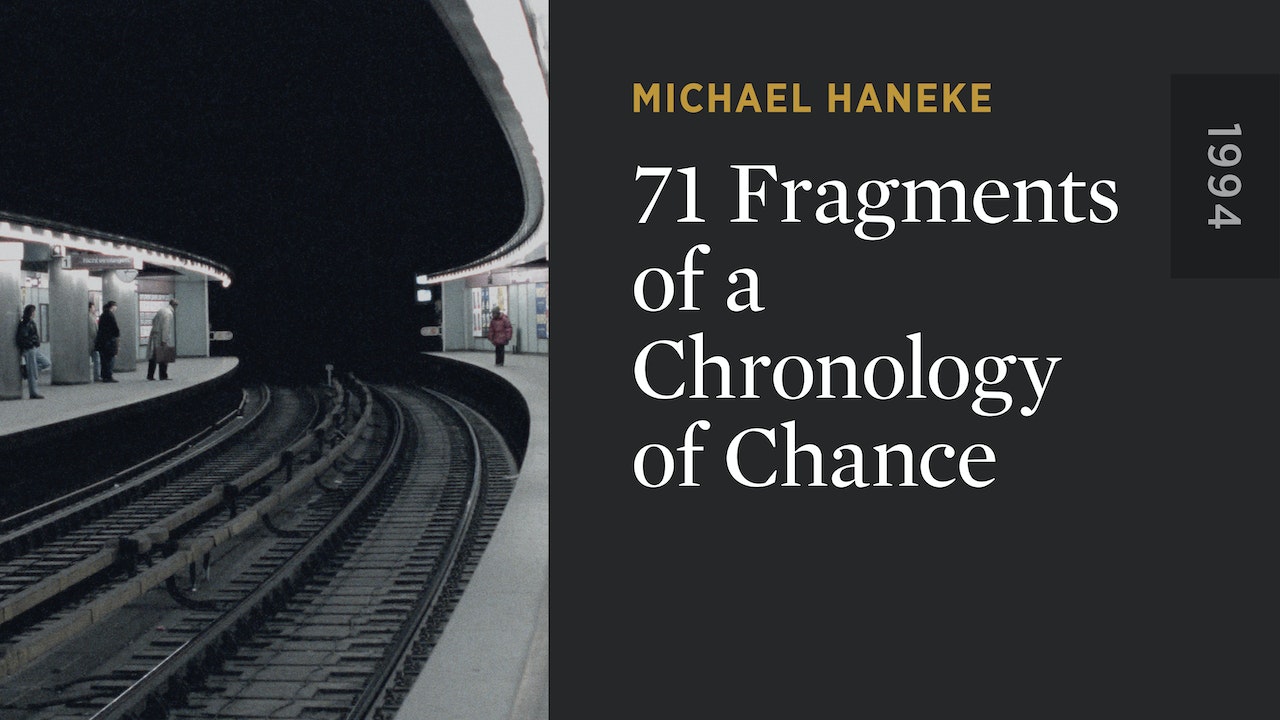