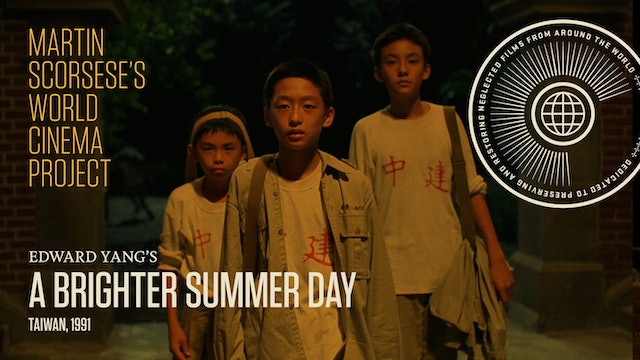 Among the most praised and sought-after titles in all contemporary film, this singular masterpiece of Taiwanese cinema, directed by Edward Yang, finally comes to home video in the United States. Set in the early sixties in Taiwan, A BRIGHTER SUMMER DAY is based on the true story of a crime that rocked the nation. A film of both sprawling scope and tender intimacy, this novelistic, patiently observed epic centers on the gradual, inexorable fall of a young teenager (Chen Chang, in his first role) from innocence to juvenile delinquency, and is set against a simmering backdrop of restless youth, rock and roll, and political turmoil. 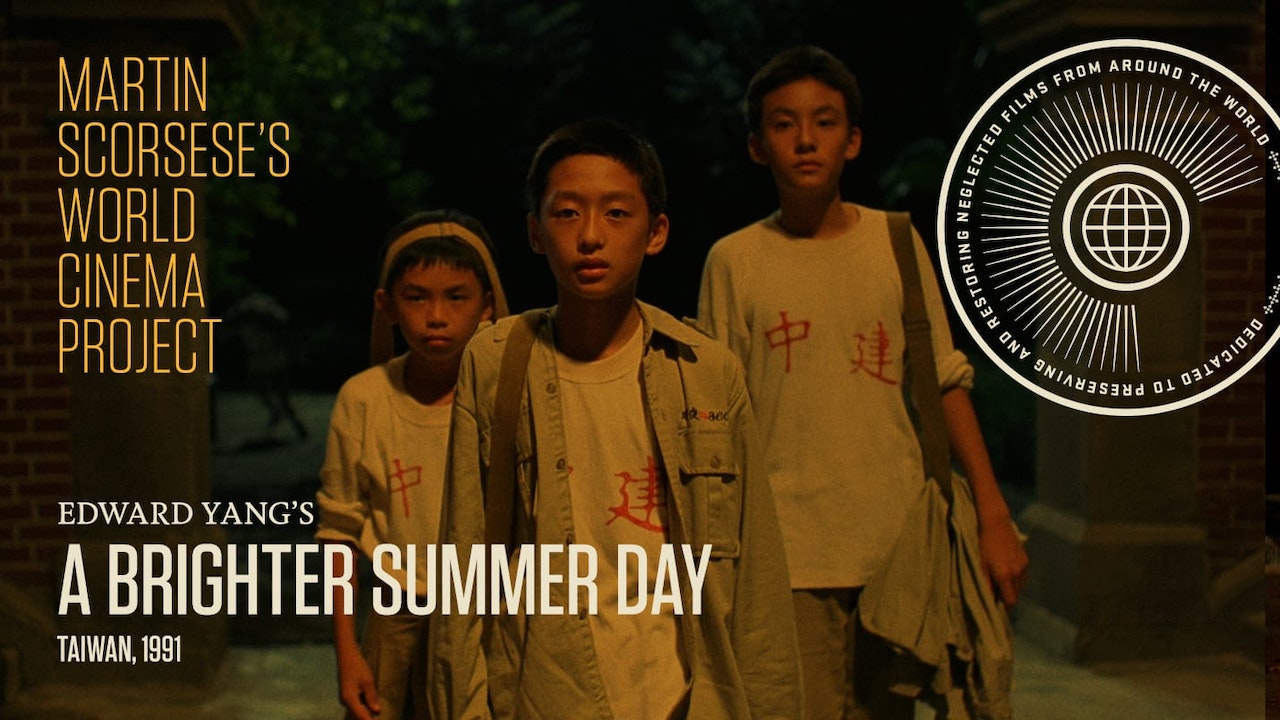