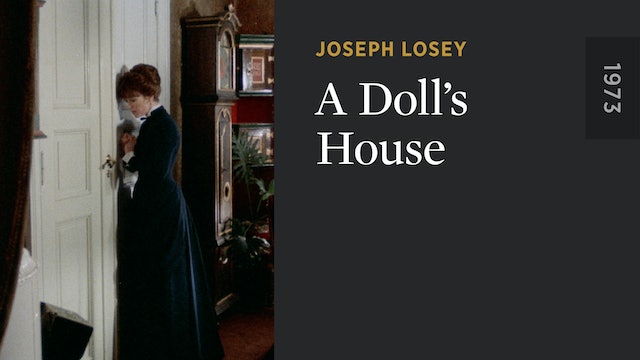 Jane Fonda’s leading role in the 1970s women’s movement made her a perfect choice to portray the heroine of Henrik Ibsen’s classic feminist play in this adaptation directed by Joseph Losey. Nora Helmer (Fonda) has years earlier committed a forgery in order to save the life of her authoritarian husband, Torvald (David Warner). Now she is being blackmailed and lives in fear of the shame that such a revelation would bring to his career. But when the truth comes out, Nora is shocked to learn where she really stands in her husband’s esteem.