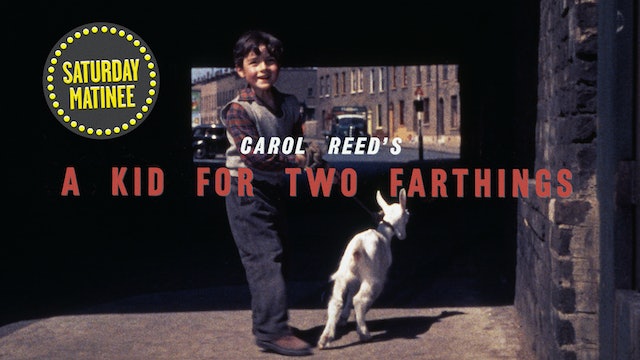 A Kid for Two Farthings

Set against a rich evocation of postwar London’s East End Jewish quarter, Carol Reed’s touchingly bittersweet Technicolor fable concerns a young boy (Jonathan Ashmore) who comes into possession of a curiously-horned goat he believes to be a unicorn with the power to grant wishes. And then, miraculously, the dreams of those around him really do seem to come true . . . Mixing poetic neorealism with child’s-eye fantasy, Reed crafts a delicately moving ode to the power of belief.