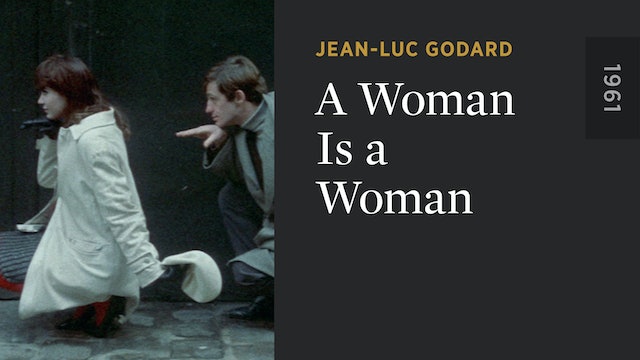 A Woman Is a Woman

With A WOMAN IS A WOMAN, compulsively innovative director Jean-Luc Godard presents “a neorealist musical—that is, a contradiction in terms.” Featuring French superstars Anna Karina, Jean-Paul Belmondo, and Jean-Claude Brialy at their peak of popularity, A WOMAN IS A WOMAN is a sly, playful tribute to—and interrogation of—the American musical comedy, showcasing Godard’s signature wit and intellectual acumen. The film tells the story of exotic dancer Angéla (Karina) as she attempts to have a child with her unwilling lover Émile (Brialy). In the process, she finds herself torn between him and his best friend Alfred (Belmondo). A dizzying compendium of color, humor, and the music of renowned composer Michel Legrand, A WOMAN IS A WOMAN finds the young Godard at his warmest and most accessible, reveling in and scrutinizing the mechanics of his great obsession: the cinema. 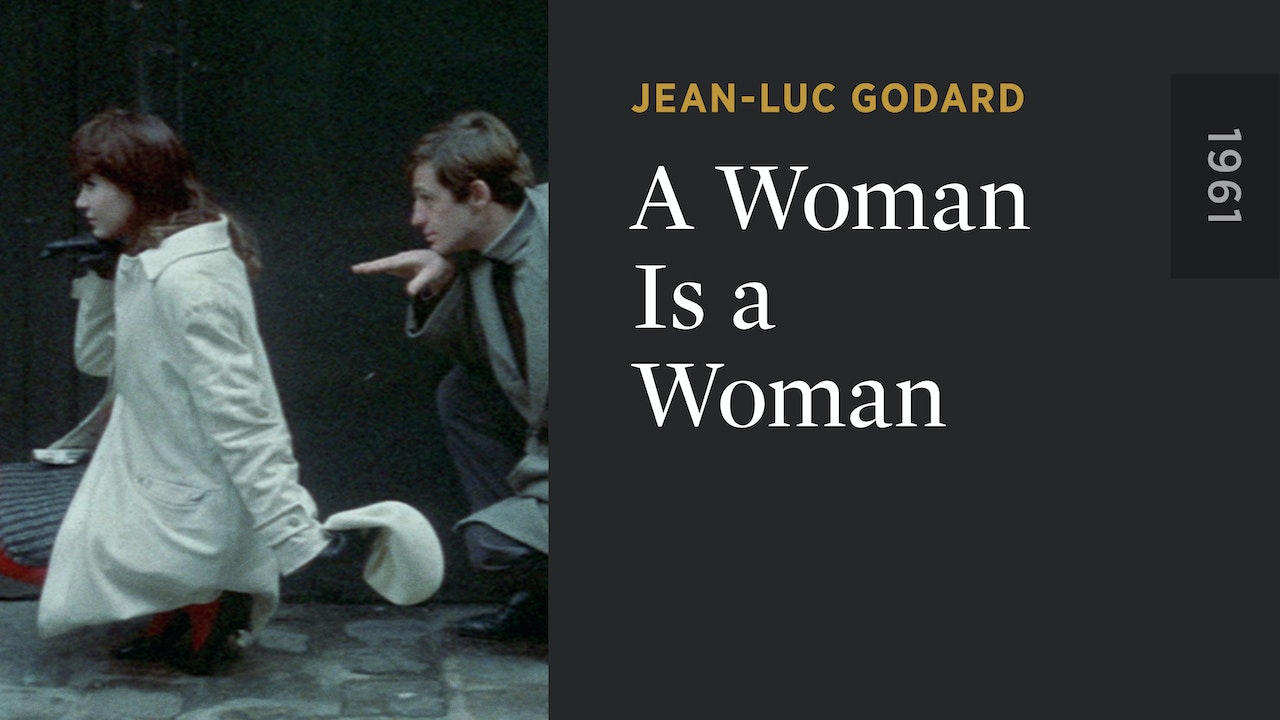