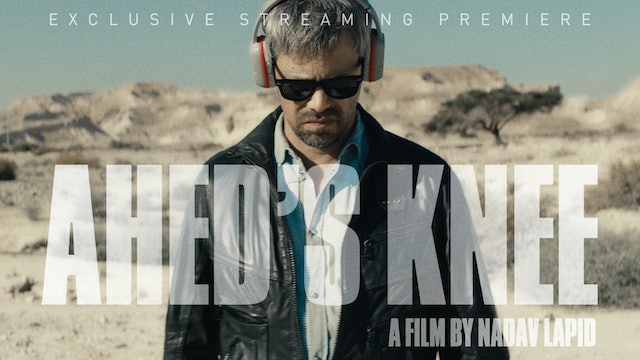 A celebrated Israeli filmmaker named Y (Avshalom Pollak) arrives in a remote desert village to present one of his films at a local library. Struggling to cope with the recent news of his mother’s terminal illness, he is pushed into a spiral of rage when the host of the screening, a government employee, asks him to sign a form placing restrictions on what he can say at the film’s Q&A. Told over the course of one day, Ahed’s Knee depicts Y as he battles against the loss of freedom in his country and the fear of losing his mother. Winner of the Jury Prize at the 2021 Cannes Film Festival, the latest from fearless director Nadav Lapid (SYNONYMS) is a molotov cocktail of white-hot political rage that offers a searing critique of the censorship, hypocrisy, and violence instigated by Israel and repressive governments everywhere.