Two fearless filmmakers turn the camera on themselves to explore loneliness, solitude, identity, sexuality, and the gaze within self-engineered confines of their own making. In THE AMATEURIST, Miranda July sets up an unsettling relationship between viewer and subject via an increasingly disturbing portrait of a woman whose obsessive, solitary video surveillance of another woman (also played by July) pushes her to the brink of madness. Then, Chantal Akerman plays a woman who ventures out of self-imposed isolation in her uncompromising first feature, which features one of the most daring sex scenes in cinema history. 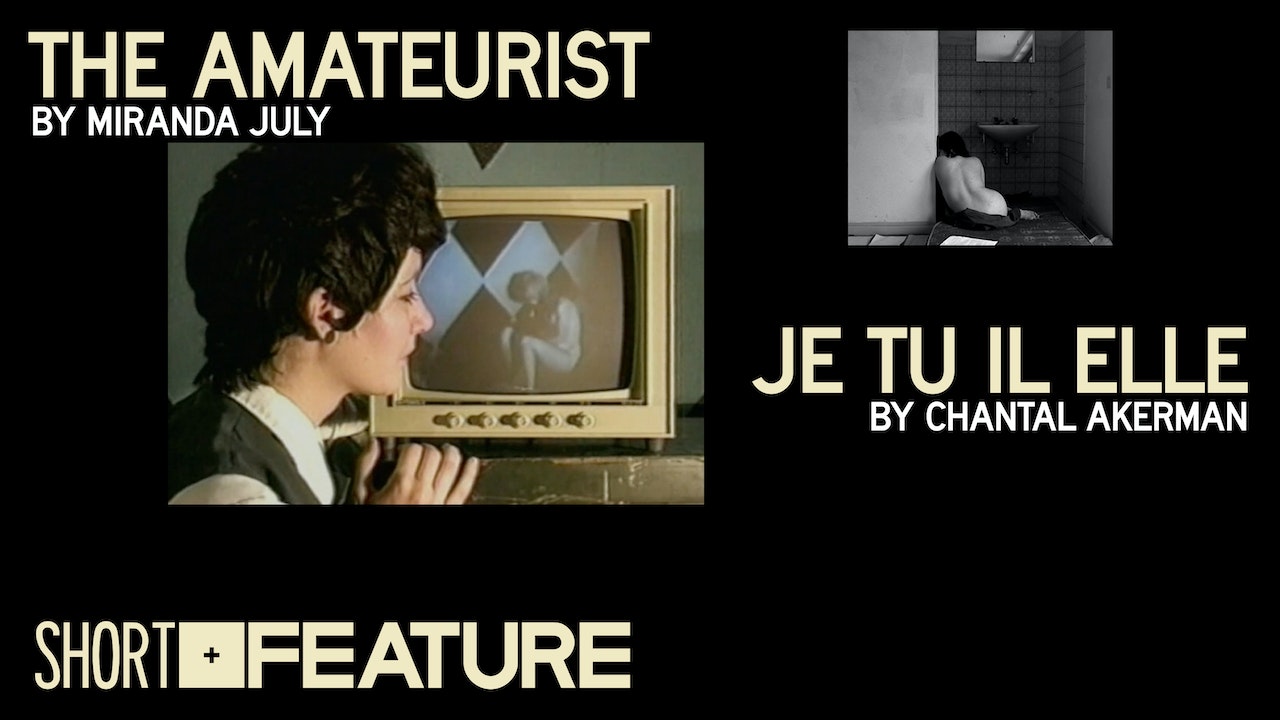