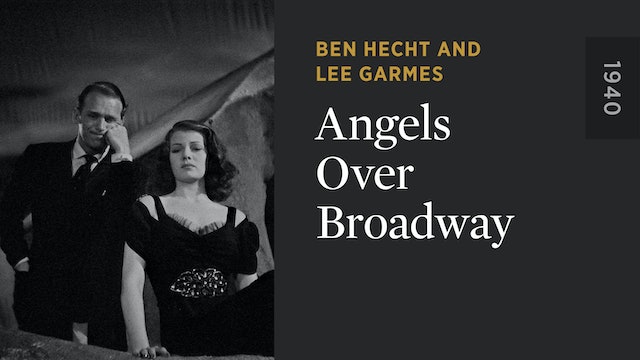 Acclaimed screenwriter Ben Hecht made one of his memorably offbeat forays into directing with this curious crime drama, stylishly photographed by codirector Lee Garmes. In one of her first starring roles, Rita Hayworth plays a nightclub singer who, along with a con man (Douglas Fairbanks Jr.) and a down-on-his-luck playwright (Thomas Mitchell), is drawn into a risky plan to help a suicidal embezzler (John Qualen) procure the money he desperately needs. Hecht’s finely wrought dialogue and Garmes’s noirish camerawork come together in a tale of unexpected redemption amid the New York night world.