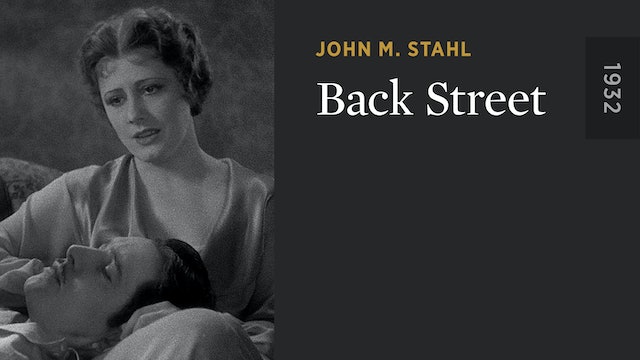 The first of three film adaptations Universal made of Fannie Hurst’s tear-jerking novel chronicles the fate-battered relationship of Ray (Irene Dunne) and Walter (John Boles), two star-crossed lovers seemingly thwarted from being together by circumstances and time. Tracing their relationship across decades—as the married Walter ascends to prominence as a wealthy financier while Ray remains in the background as the perpetual “other woman”—BACK STREET offers a beautifully restrained and deeply affecting vision of self-sacrifice in the name of love.