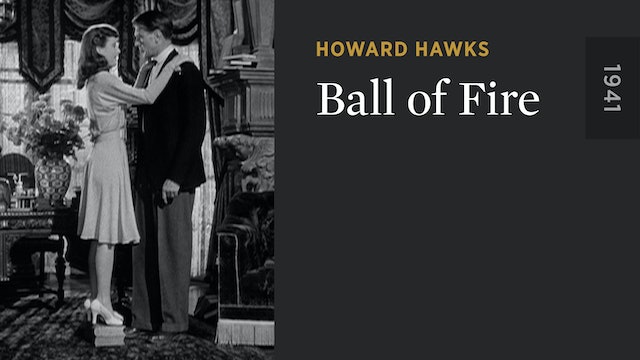 Barbara Stanwyck and Gary Cooper make sparks in this snappy screwball take on the Snow White tale. She’s a burlesque queen with a colorful vocabulary who needs to lay low for a while as the police close in on her gangster boyfriend (Dana Andrews). He’s a nerdy grammarian compiling an encyclopedia along with seven other professors who happens to need an expert in slang. As she spices up his language—and steals his heart in the process—the stage is set for a brains vs. brawn showdown with the mob. The lively direction of Howard Hawks, fizzy script by Charles Brackett and Billy Wilder, and comic chemistry between Stanwyck and Cooper come together to produce one of the most sensational comedies of the forties.