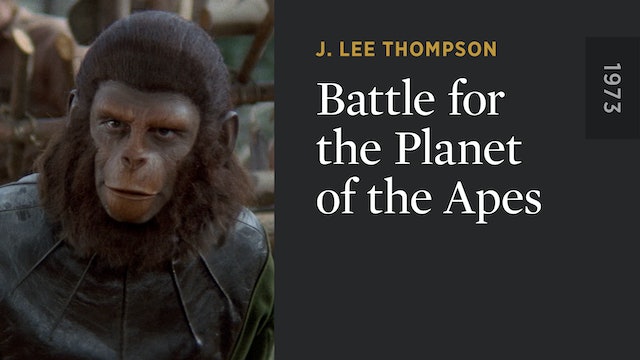 Battle for the Planet of the Apes

The fifth and final installment of the original blockbuster science-fiction series balances exciting action with thought-provoking social commentary. Roddy McDowall returns as Caesar, the simian son of Cornelius and Zira, who now leads an ape civilization that is attempting to live peacefully with human beings in the aftermath of a nuclear war. His hopes for a brave new society are threatened, however, by both a tribe of mutant humans and a rogue band of gorillas led by the militaristic Aldo (Claude Akins)—can peace prevail on the Planet of the Apes? 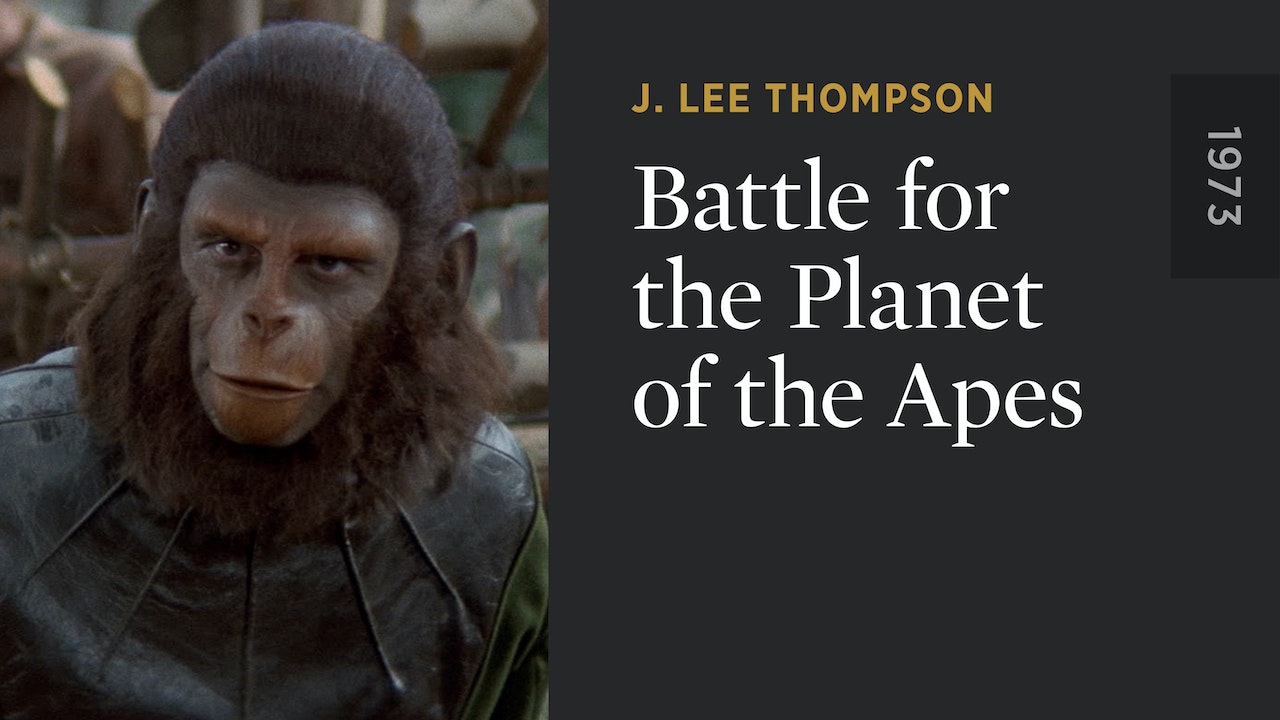