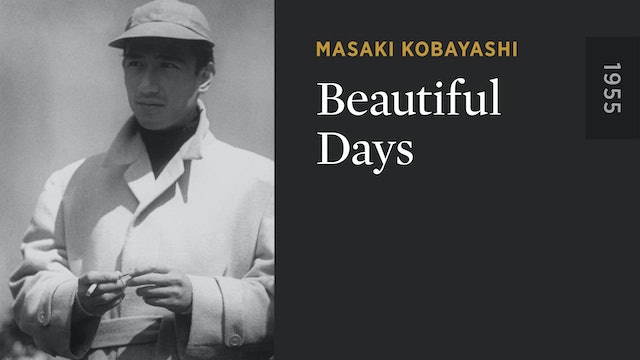 BEAUTIFUL DAYS (1955, aka Uruwashiki Saigetsu) was one of a series of mainstream dramas and romances made by Kobayashi after his flirtation with independent film making on ROOM WITH THICK WALLS. A romantic drama, it put him back in the success column as a filmmaker, working in the popular realm of his mentor Keisuke Kinoshita, but now without the input of the latter or his relatives; and it also brought Kobayashi together with screenwriter Zenzo Matsuyama, with whom he would enjoy a rich creative partnership (culminating with THE HUMAN CONDITION I, II, and III) over the next few years, as he developed his own style and reputation within the studio system. 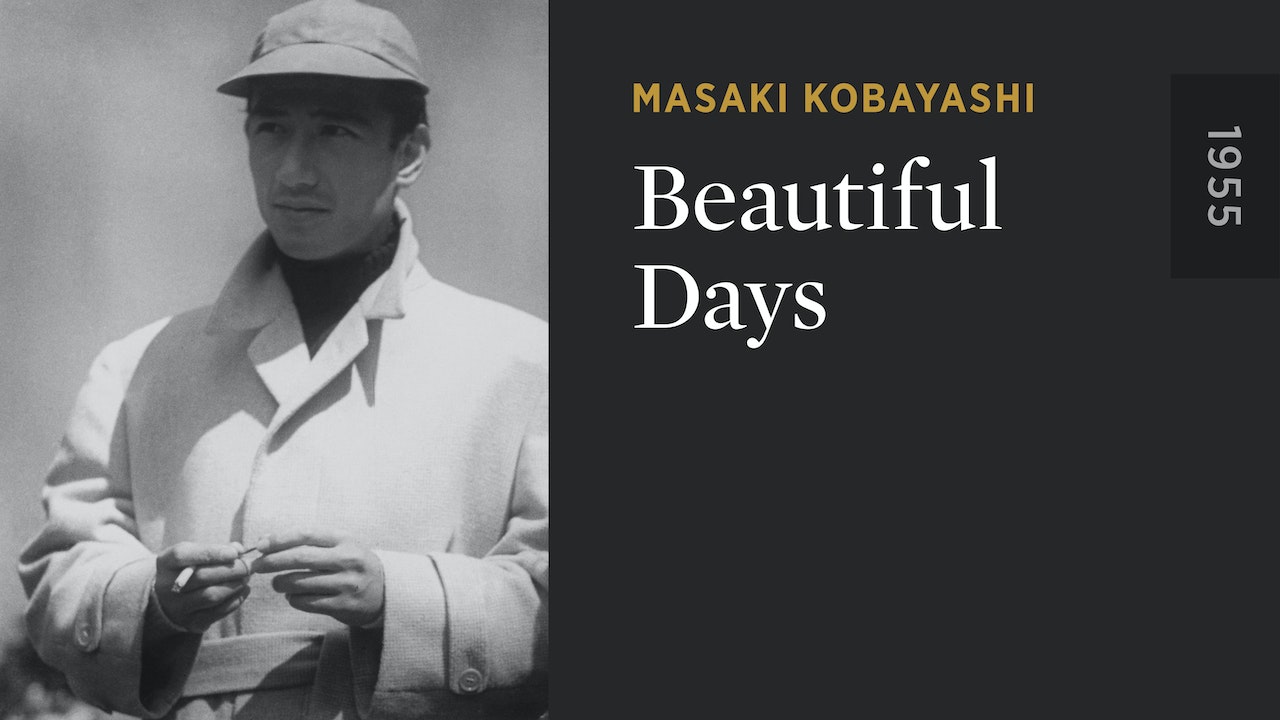