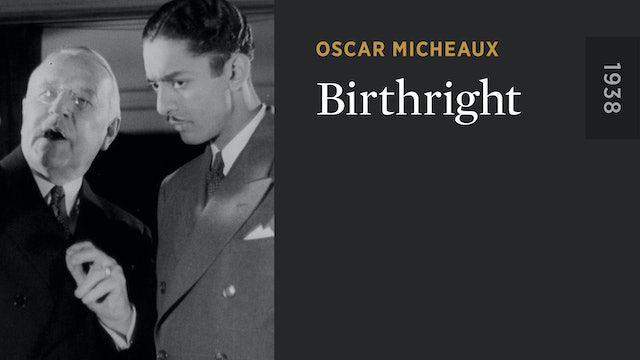 An idealistic young man attempts to establish a school in a rural location, but encounters opposition from both the black and white communities. Director Oscar Micheaux himself was a former homesteader, and strongly believed that African Americans should establish rural communities rather than follow the urban migration. But it's hard to resist the allure of the city when Micheaux allows energetic singers and dancers to take the nightclub stage for extended musical numbers. The restoration of BIRTHRIGHT was derived from the only known surviving 35 mm print, which is missing the first two of its nine reels - approximately twenty minutes of material. BIRTHRIGHT is a remake of Micheaux's 1924 film of the same title. The earlier version is entirely lost.