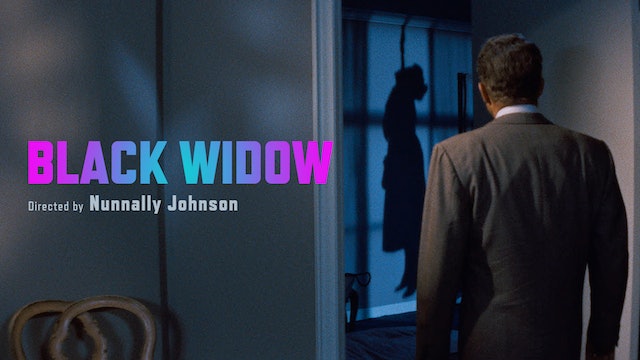 Ginger Rogers, Van Heflin, Gene Tierney, and George Raft lead an all-star cast in this lavishly mounted murder mystery set amid the glittering lights of Broadway—the rare film to be photographed in color and CinemaScope that can still be called a noir. When an aspiring ingenue trying to break into show business is mysteriously murdered, a detective (Raft) finds himself with four suspects on his hands. An insolent actor (Rogers), her timid husband (Reginald Gardiner), a desperate producer (Heflin), and his prominent wife (Tierney)—which one killed the would-be star?