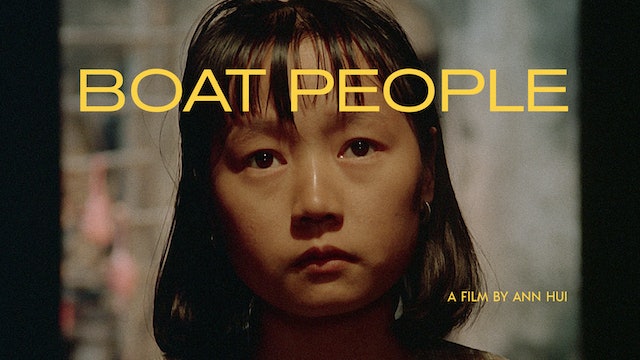 One of the major films of the Hong Kong New Wave, Ann Hui’s BOAT PEOPLE is a work of indelible humanity and searing political resonance. Invited to document the progress of postwar Vietnamese society, a Japanese photojournalist (George Lam) initially finds a picture-perfect image of communist contentment. But when he begins looking beneath the idealized surface the government wants him to see, he discovers a world of poverty and brutality that shocks him into helping a desperate family escape. Winner of five Hong Kong Film Awards—including best picture and director—Hui’s masterpiece gives harrowing expression to the experiences of those living under authoritarian oppression.