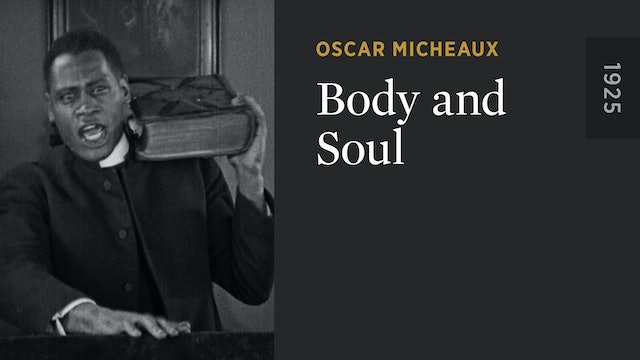 Although the 1920s brought him acclaim as a stage actor and singer, Paul Robeson still had to prove himself as a viable screen performer. Mainstream avenues were limited, however, and his first films were made on the peripheries of the film business. BODY AND SOUL, directed by the legendary African American filmmaker Oscar Micheaux, is a direct critique of the power of the cloth, casting Robeson in dual roles as a jackleg preacher and a well-meaning inventor.