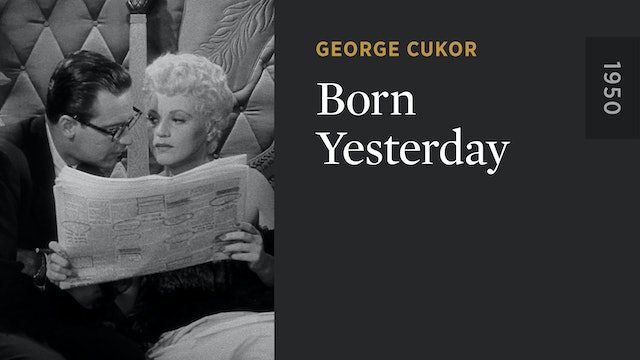 Judy Holliday pulled off one of the greatest upsets in Oscar history when she beat out both Bette Davis in ALL ABOUT EVE and Gloria Swanson in SUNSET BOULEVARD for the Academy Award for best actress with this bravura performance. Reprising the role that made her a star on Broadway, Holliday plays Billie Dawn, the beautiful but colossally ignorant mistress of crooked, bullying junk tycoon Harry Brock (Broderick Crawford). Fearing that Billie’s lack of social graces will wreck his plans to manipulate a huge international business deal, Brock hires writer Paul Verrall (William Holden) to educate her—a situation that grows complicated when love blossoms between tutor and pupil.