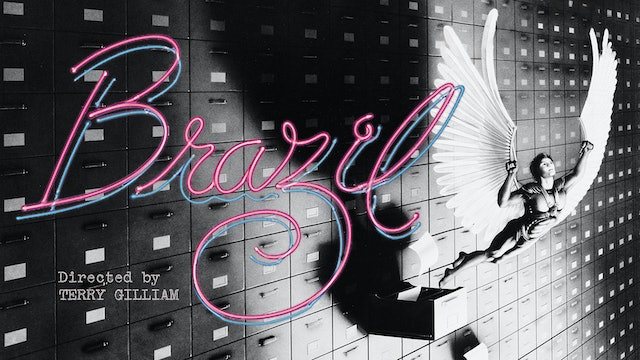 In the dystopian masterpiece BRAZIL, Jonathan Pryce plays a daydreaming everyman who finds himself caught in the soul-crushing gears of a nightmarish bureaucracy. This cautionary tale by Terry Gilliam, one of the great films of the 1980s, has come to be esteemed alongside antitotalitarian works by the likes of George Orwell, Aldous Huxley, and Kurt Vonnegut Jr. And in terms of set design, cinematography, music, and effects, BRAZIL is a nonstop dazzler.