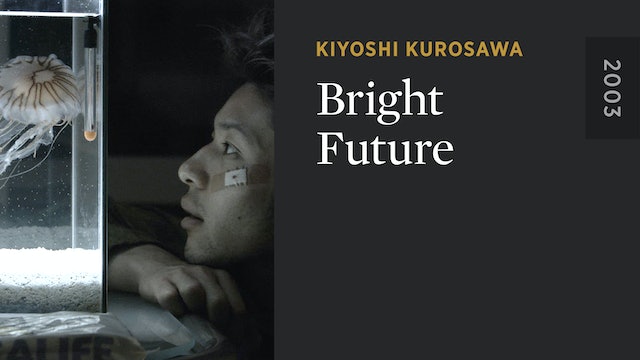 This fascinatingly disorienting and quietly apocalyptic tale of alienated youth is one of director Kiyoshi Kurosawa’s most idiosyncratic and arresting films. Enigmatic factory worker Mamoru (Tadanobu Asano) lives alone with his poisonous but entrancingly luminous jellyfish, which stings anyone who gets too close. Mamoru’s intense antisocial behavior is echoed by his coworker and sole friend, Yuji (Joe Odagiri), with whom he shares a deep-seated dislike of their boss Fujiwara (Takashi Sasano). After Mamoru murders both Fujiwara and his wife, Yuji is entrusted with the care of the lethal jellyfish—setting into motion a haunting and surreal chain of events that ultimately threatens to destroy all of Tokyo. 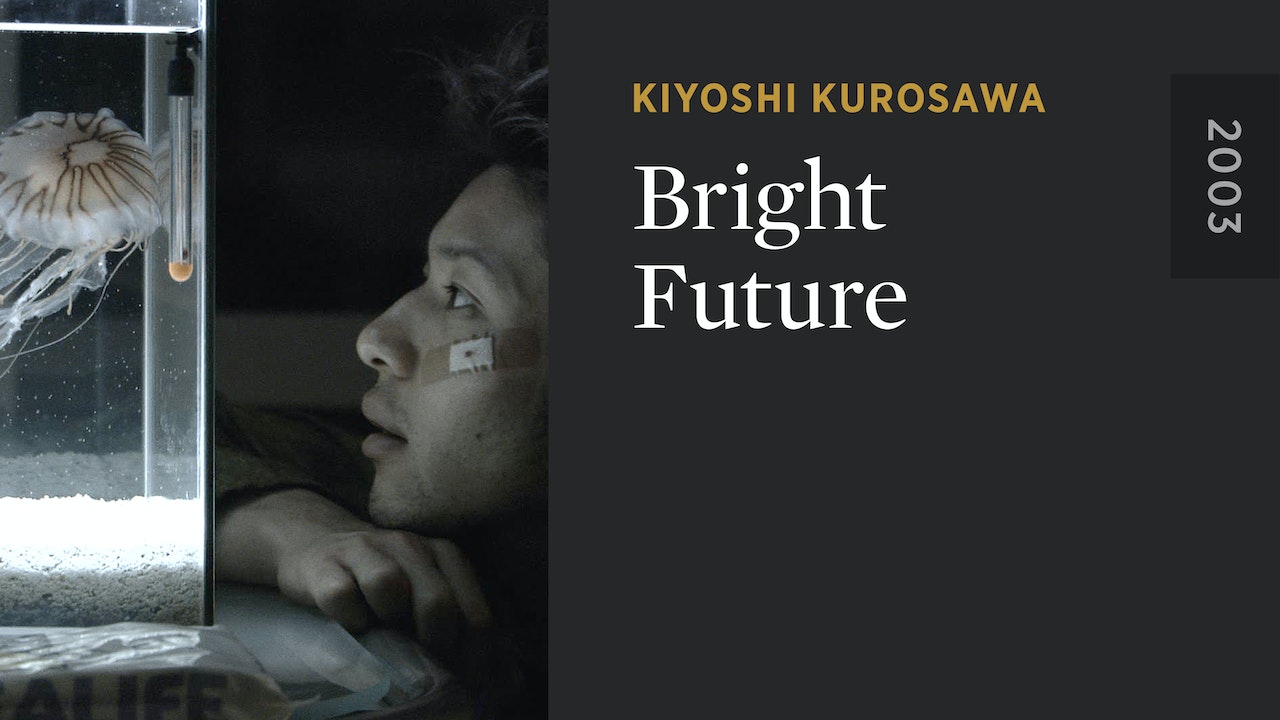