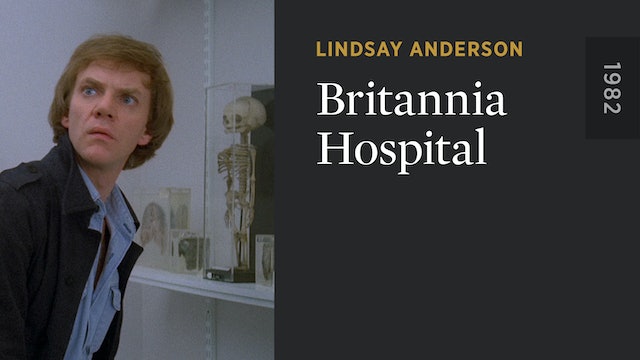 The final film in Lindsay Anderson’s Mick Travis trilogy is an audacious black comedy in which the recurring everyman played by Malcolm McDowell—now a reporter—finds himself caught in the madness as a crumbling hospital where sinister medical experiments are being performed prepares for a visit from the Queen Mother. Mixing wild satire with sci-fi surrealism, BRITANNIA HOSPITAL has proved polarizing since its release due to its unrelentingly scathing assault on the pillars of British society.