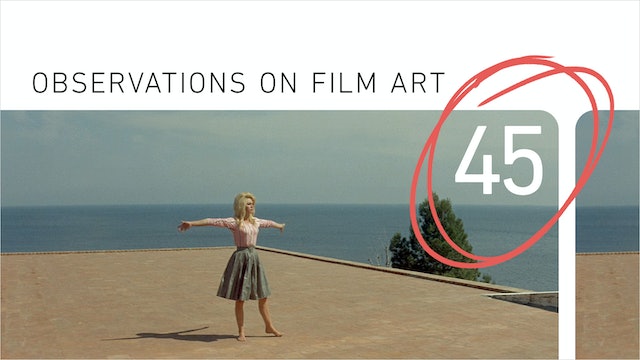 Observations on Film Art No. 45

Having explored Jean-Luc Godard’s iconoclastic use of the boxy 4:3 aspect ratio in VIVRE SA VIE in the previous edition of Observations on Film Art, Professor David Bordwell here breaks down the French New Wave renegade’s equally experimental use of the elongated CinemaScope frame in another of his 1960s masterpieces, CONTEMPT. While in VIVRE SA VIE Godard used the square frame to craft an intensely up-close portrait of a woman, in CONTEMPT—a study of a marriage in breakdown spectacularly set against the coast of Italy—he pushed the aesthetic possibilities of CinemaScope to their limits, creating a work that is as much about landscape and environment as it is about human beings. 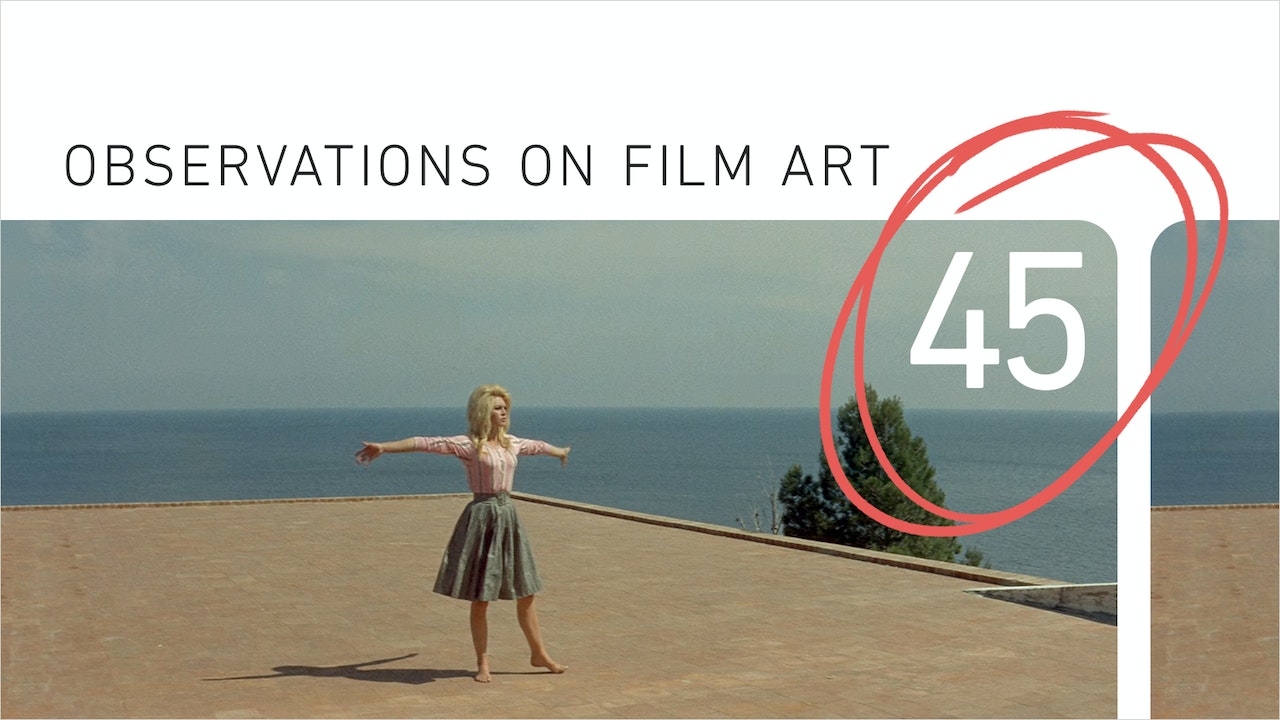