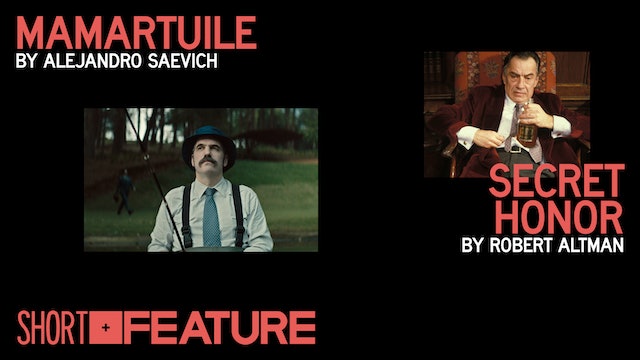 A pair of presidential satires explore the light and dark sides of being a country’s most powerful figurehead—and what happens when it all goes terribly wrong. Graced with impeccable deadpan timing, Alejandro Saevich’s short MAMARTUILE zooms in on the president of Mexico as he faces a most unusual crisis that encompasses not only geopolitics but graphic design as well. Then, Philip Baker Hall delivers a bravura one-man show as disgraced former president Richard Nixon, who reflects on his legacy with a mix of defiance and paranoia in Robert Altman’s SECRET HONOR, a searing portrait of one of America’s most complex and controversial leaders. 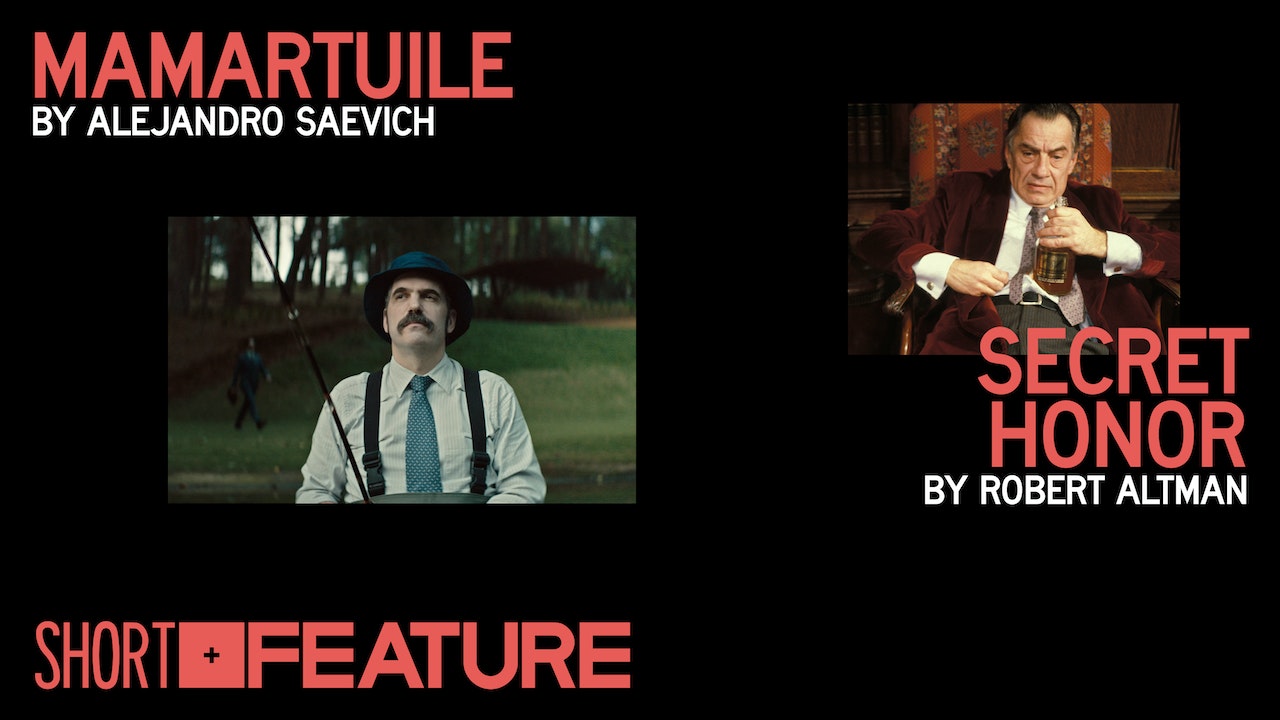