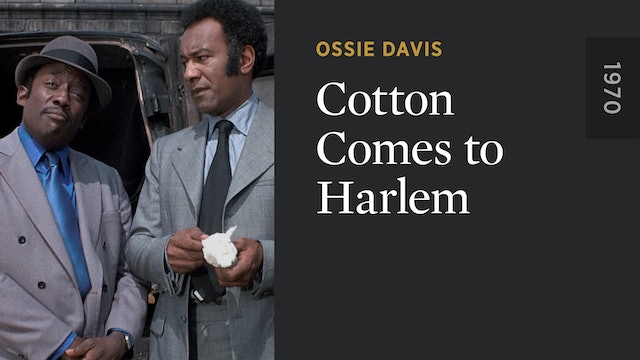 Acclaimed actor and filmmaker Ossie Davis directs this rollicking blend of gritty neonoir and buddy-cop comedy, one of the first and most influential of the cycle of Blaxploitation films that would flourish throughout the 1970s. Based on a novel by crime writer Chester Himes, COTTON COMES TO HARLEM stars Godfrey Cambridge and Raymond St. Jacques as New York City detectives Grave Digger Jones and Coffin Ed Johnson, whose investigation into the con-man preacher Deke O’Malley (Calvin Lockhart) leads them on a mad dash through the city in search of a missing bale of cotton that contains a fortune in stolen cash. 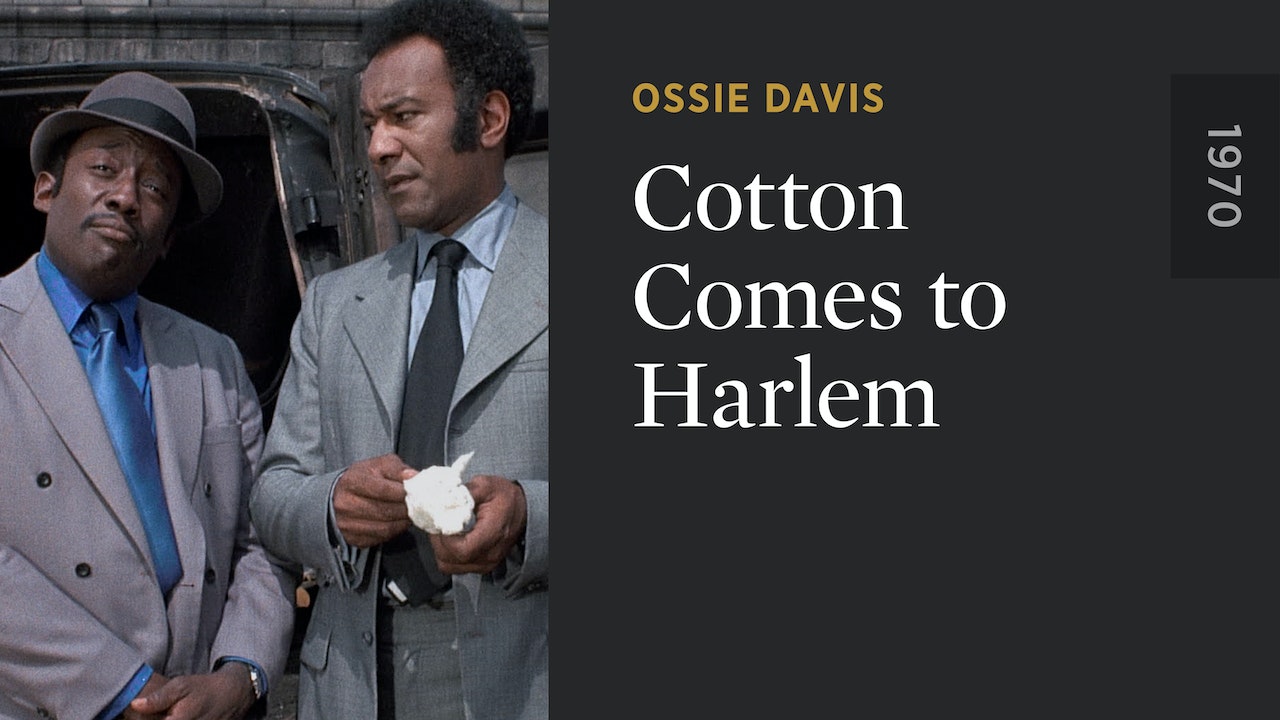