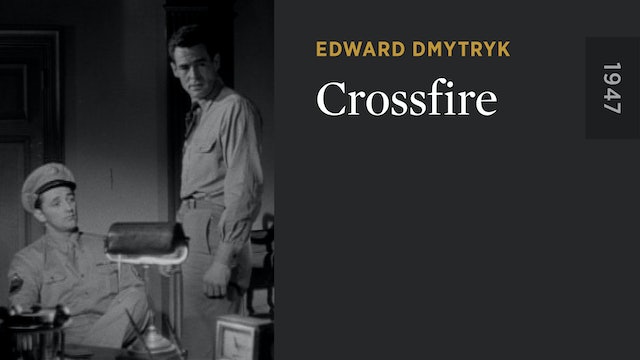 This gritty film noir made history as the first Hollywood film to confront antisemitism. Three of the era’s most celebrated Roberts—Young, Mitchum, and Ryan—star in the hard-hitting tale of a police detective and an army sergeant whose investigation into the murder of a Jewish veteran leads them to a psychotic soldier consumed by hatred and bigotry. The first B movie to be nominated for the Academy Award for best picture, CROSSFIRE also netted a best supporting actor nomination for Robert Ryan, whose breakthrough performance as the vicious killer established his edgy, tightly wound screen persona.