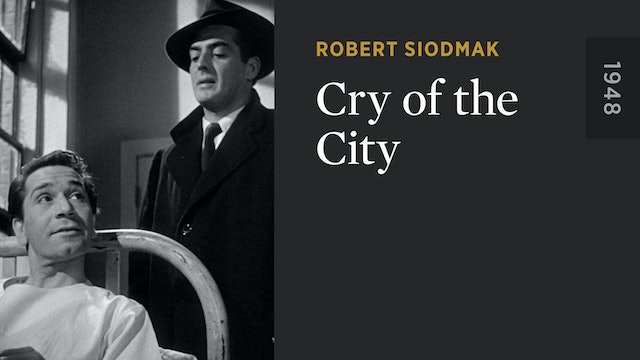 Cry of the City

Film noir master Robert Siodmak brings a surfeit of expressionistic atmosphere to this gritty tale of two childhood friends whose lives take radically different paths. Lt. Candella (Victor Mature) has emerged from New York’s Italian American slums to become an officer of the law, while Martin Rome (Richard Conte) has gone from petty crook to cop killer. When Rome escapes from prison, Candella must put past loyalties behind him as he hunts his old pal across the dark city.