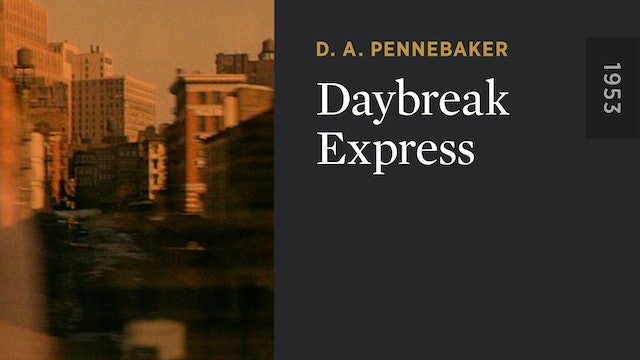 Shot in 1953, though not completed until 1957, Daybreak Express was the first film D. A. Pennebaker made, a mad rush of images of New York City captured from a train and edited to the rhythm of Duke Ellington's song of the same name. A jazz aficionado, Pennebaker thought his career would continue along this path, making short films cut to songs. 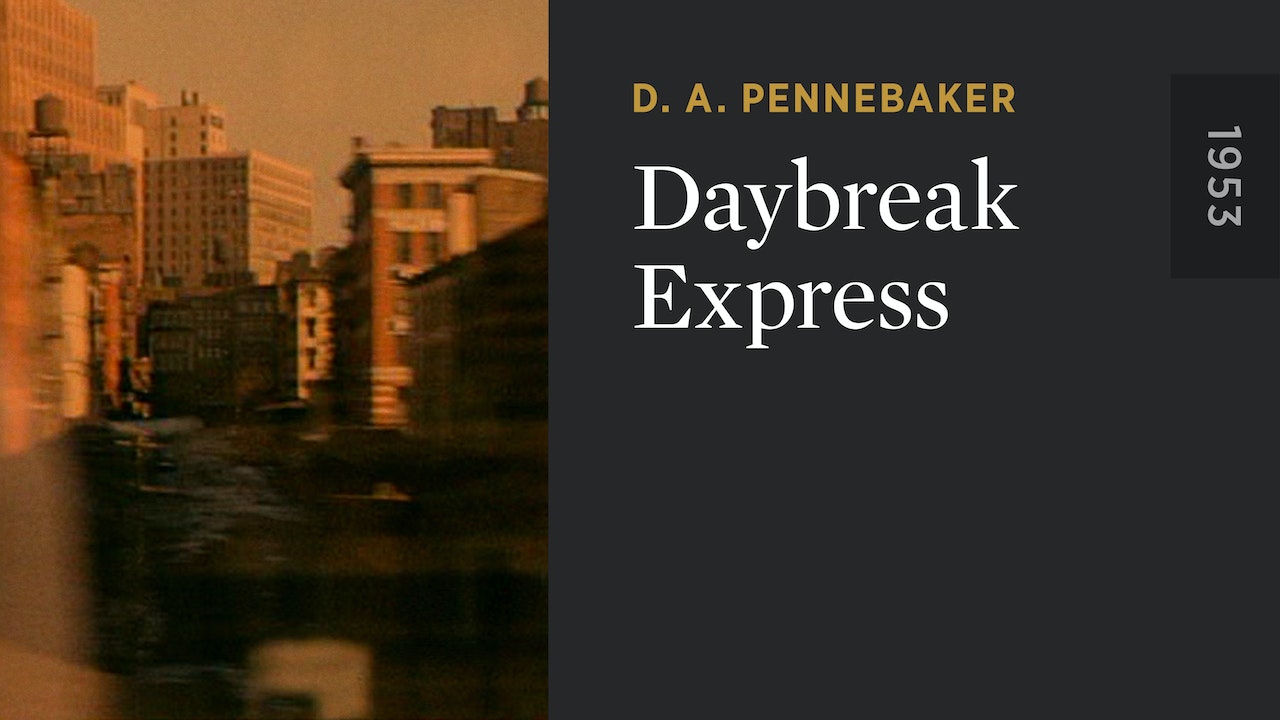