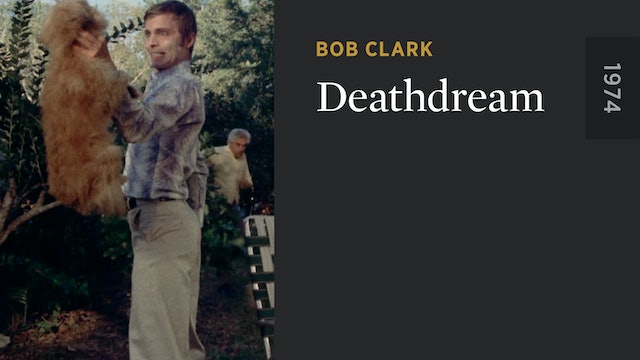 In this shattering variation on “The Monkey’s Paw,” grief-stricken suburban parents Charles (John Marley) and Christine Brooks (Lynn Carlin) refuse to accept the news that their son, Andy (Richard Backus), has been killed in Vietnam. But when Andy returns home soon after, something may be horribly wrong: Andy is alive and well . . . or is he? Directed by Bob Clark just before he made his groundbreaking slasher classic BLACK CHRISTMAS, this furiously subversive zombie thriller was one of the very first films to confront the domestic ravages of the Vietnam War, and it marks the grisly debut of gore-effects legend Tom Savini.